I'm starting a new topic since the other threads are getting rather long.

Here is my link to testmy.net: https://testmy.net/quickstats/dalton27025

And some screen shots: 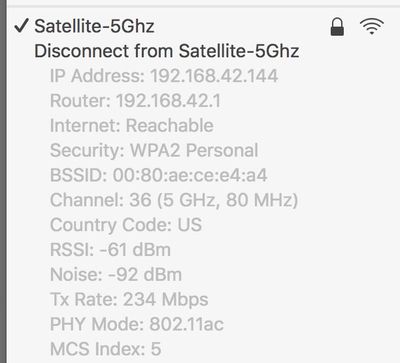 I've tested from Calif and am getting 140 kbps, 270 kbps and a speed burst of 700 kbps on one occasion. I called support and they claim it's so slow due to sprinkling in Seattle and won't do anything but told me to call back once the weather in Seattle improves.

Earlier this morning we streamed HD video and the one test showed 25 Mbps.

The support call took 25 minutes to answer. Yesterday it took 21 minutes, then the rep hung up on me, and the second call I waited 20 minutes. No help either. So disappointed.
0 Kudos

I've got you all beat in Texas with a whopping 1.2 Mbps tonight.  Tried streaming a movie from Amazon last night only to have it buffer about every 20-30 seconds.  Didn't take long for me to give up and throw in a DVD to avoid the frustration.

It's a joke to even advertise 25 Mbps when the speeds are never near that, especially during peak hours.  I would take a 50% slowdown over a measly 1 Mbps connection that only allows me to read email and barely surf the web.

I'm only one month into my contract and already regret signing up with this company.

At dslreports.com, there is a HughesNet forum, fairly active, with technically knowledgeable forum members. One member, because of the rapid deterioriation of Gen5 download speeds, says he filed a complaint with the appropriate federal agency, forcing callbacks from HughesNet.

He wrote this in the dslreports.com forum:

"Well received a call from HughesNet Wednesday morning and the 'engineer' stated they, HN has had an unanticipated number of new subscribers for their Gen5 service and the beam, which he did not specify, I am on is running is currently way over its engineered capacity."

I don't think we have enough information to know whether this is authoritative, but it's certainly consistent with the complaints we're seeing in this forum.

Doubtful it's over engineered capacity as it would take years to do that. It's possible, as I said previously, that the term "congested" is being interpreted incorrectly.

Mark, how would you define "congested"?

Are you saying that congestion is a problem that HughesNet can fix?

Thought I defined it pretty well in another post, but I’ll reiterate in more detail:

Streaming and other like technologies put a constant demand on limited system resources, moreso than browsing or social media apps that only ‘pulse’ the system. If you divide total satellite capacity across 95 beams, all you need is a few people trying to stream the equivalent of 4K UHD on any one beam to bring it to it’s knees. The system wasn’t designed to absorb that kind of load. Yet, people will still do that and might not even know what resolution they’re even streaming at.

Admittedly this is an extreme example meant to just illustrate what can happen, yet it’s quite plausible given that 90% of the people with speed concerns complain “I can’t stream” and “constant buffering”. From a user standpoint, most people aren’t even aware of the sheer data streaming uses, let alone the impact to everyone else.

Keep in mind a lot of this is assumption based on educated observation, a communications background, as well as a background in risk management.

All this said, I do think they can fix it. It might take some intelligent resource sharing/leveling, different companding techniques, additional servers to increase capacity (which they have already said they’re doing). If it were me, I’d also find a way to block those things that would put such an extreme demand on the system.

HughesNet does promote and sell the service based on the ability to stream. It's one of the reasons I went for it, and no doubt that's true of others as well. I figured they knew they had the demand handled. Given HughesNet's experience with satellites, with customer behavior, and with the network loads created by streaming, it is well nigh inconceivable to me that HughesNet could not forecast, and was not prepared for, the streaming load.

Frankly the idea of real-time video streaming is offensive to me anyway for the peaks it causes — for movie-length material, anyway. I'd much rather have a method of downloading video in advance, in the middle of the night. Apple's iTunes is the only way I know of to buy or rent video, download it, store it on disk, and play it later. But iTunes lacks any scheduling or metering system, or any effective way of restarting aborted downloads.

I should add that detecting those things that might disrupt the system in real time might be difficult. I suppose dynamic throttling to those users requesting b/w higher than a certain threshhold would be highly effective, but undesirable for obvious reasons. But it also illustrates the need for throttling on plan limits, especially those who run through their plan within mere hours (which should also sound familiar).

This points to another technical mystery that I don't understand. If people like me are seeing speeds like 402 kbps because lots of other customers are streaming HD video, or even — heaven forfend — 4K UHD video, then how could it be possible that those people would be able to go right on with their streaming while I'm getting 402 kbps and waiting for a simple HTML page to load? If everybody is getting more or less equal bandwidth, then it seems to me that it would take an outrageous amount of streaming for everybody to get only 402 kbps of the total available bandwidth.

As for anyone who may be streaming 4K video, they'd exhaust their monthly data and go into FAP in no time. Such behavior would seem to be self-limiting.