Thanks for reaching out, Woody. I've escalated to the appropriate folks and will let you know.

"Engineering" just called.   Got no specifics, other than there have been a number of complaints from my region, the issue is under investigation, that it may take a month or more to resolve,  and gave me a case number to reference.  Also said HN would put a 6 month  rate reduction in place as compensation for the poor connectivity.

I hope they can resolve the problem.  I would much prefer to have connectivity restored instead of a billing reduction, but maybe this is a step in the right direstion.

Glad to hear you got compensation, Woody. Once I hear from the folks I've e-mailed I'll let you know once I have anything to share.

This has zero to do with what we're talking about. If you have a technical issue, start your own topic instead of parachuting in with something completely irrelevant.

Will be on the lookout for further developments.

For now, no real change.  Sat signal is 116 and the timeouts persist.  Also shown in the modem report. 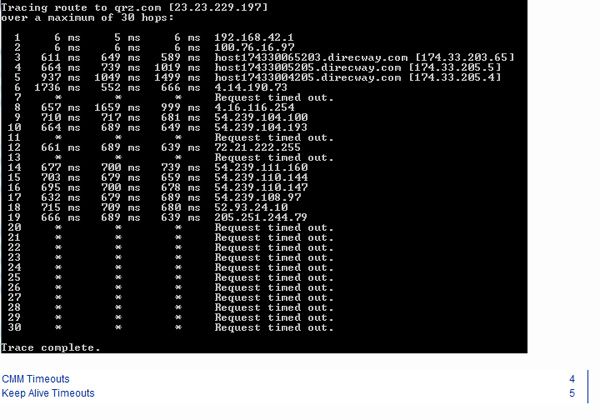 Trace to HN not doing well either.  Sort of surprised I can make a post... 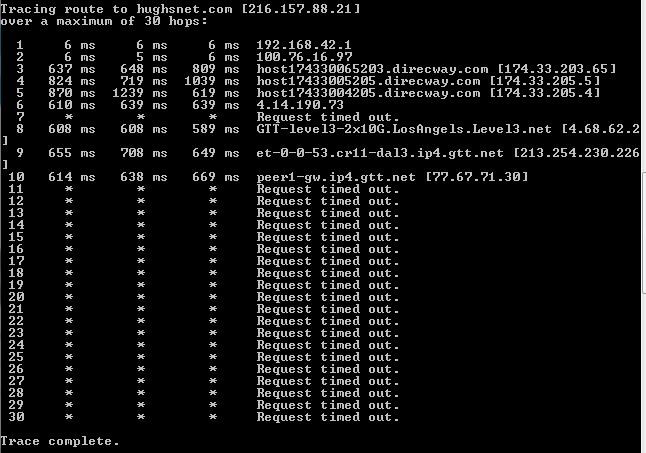 You misspelled hughesnet in the traceroute.

Edit:  I ran traces to both of those and saw similar results, yet I'm not having the issues you are. 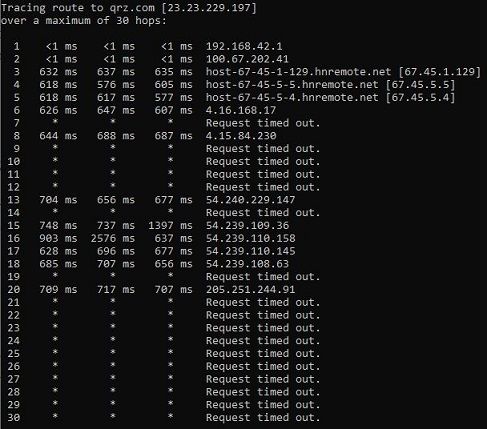 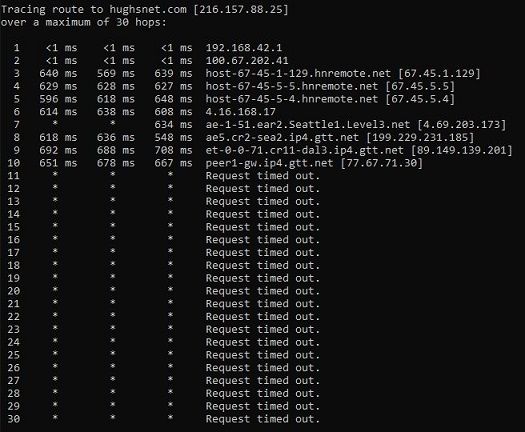 No spel ck in Cmd Prompt!

Situation is still horrible here.  It took over 6 minutes to get into myhughesnet and here.  Also, tonight  email is even failing.  (Thunderbird to dot5hosting.com).

As usual the speed is OK -- When something is happening besides waiting inactivity.

Nearly all the time is reported as "waiting" by Firefox whe loading a web page.  No apparent activity during that time.

Still timeouts galore when doing a tracert to about anywhere.

"Engineering" has had a trouble ticket on this for a while, but have not heard anything - And obviously the situation has not improved.

Any way to give them a query and find out what is (or is not) happening?

Something is obviously not right if your speeds are that good, but you're having such a time with sites taking so long to open.

Just out of curiosity, have you tried a different browser?  I don't know that it would make any difference, and it probably won't, but I've seen wackier things.  Also, have you tried starting your computer in safe mode with networking to see if there is any difference when accessing the internet?  Again, I don't know that there would be, and if you've tried accessing with other devices and still had the same problem, it would, of course, be a waste of time to even try, as it would suggest that it's not anything having to do with your devices.

I know it's been nearly a week now, but I'm sure @Liz hasn't forgotten about you.