Thank you for these screenshots. I just wanted to be sure I'm looking at the right thing, you're looking at the SUM column for the DOM event? For example, I'm interpreting your last two screenshots as "Facebook loaded in 18 seconds while my speeds were at 47 Mbps".

I've actually been watching the blue number at the top, which is 16.2 seconds in this case, not the 18.314 seconds sum total, nor the 18.206 seconds for the DOM.  I think the difference is that the 16.2 seconds is the time from when it starts receiving data until the page finishes loading, and the 18.314 seconds is from the time I hit enter until the page finishes loading.  I've been including the breakdown in the box in case any of the its information is important.

The blue shading or highlighting of information in the box is done at will by the app itself.

Gotcha, thanks for the clarification, Gabe! 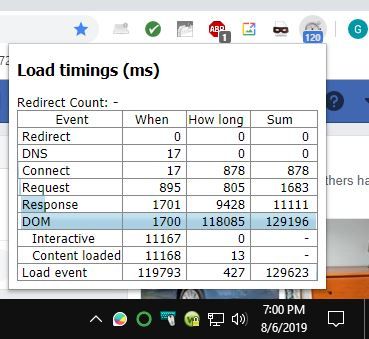 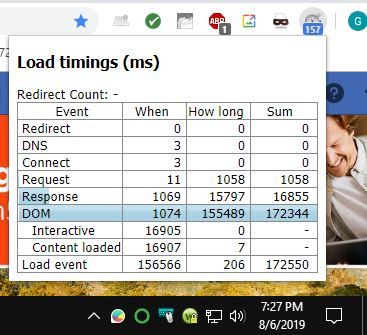 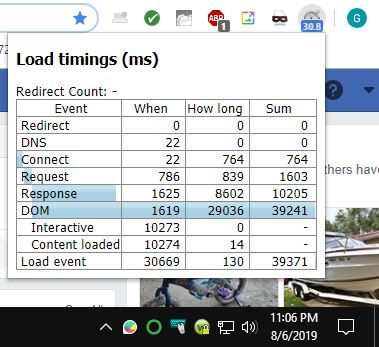 Have to say that's pretty weird. There's something hidden in DOM that's erratically getting delayed for 2 minutes for sure. I'm just wondering if it's not the mysterious 1-minute delay somehow kicking in twice, depending upon what js, css, and images are trying to load (and where it's trying to load them from).

I do often see pictures taking quite some time to load.  Not only to start loading, but to complete, as well.  I also sometimes see the page loading things, then sort of pause.  Then, after a little bit, a number of items will load very quickly.

As soon as I can do so, I'm planning on taking my laptop to my folks' house and see what happens with Facebook when I use their Gen4.  Right now that's not feasible, but I'm hoping it soon will be.

I'd love to be able to get my hopes up, but I've learned not to when it comes to this issue.  Still, today was a much better Facebook day, knock on wood, even if my speed testing is having some issues.  Then again, the tests started getting goofy around the same time.  I've experienced congestion over the years, just like everyone else, but this pause/slingshot thing with testmy, which used to only happen once in a while, has become much more common. 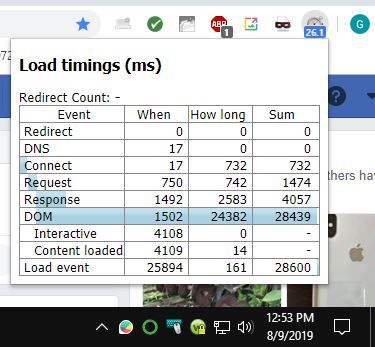 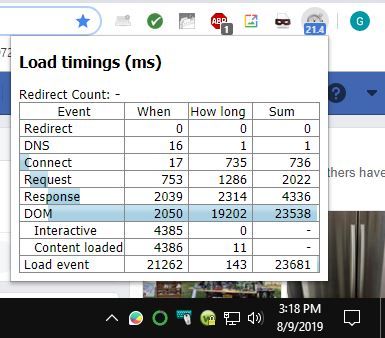 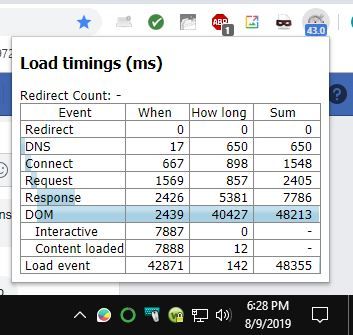 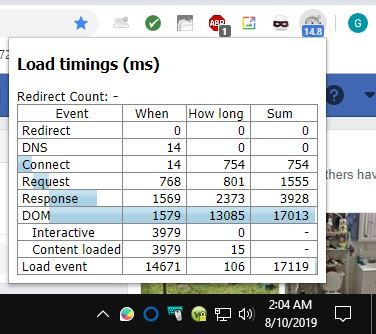 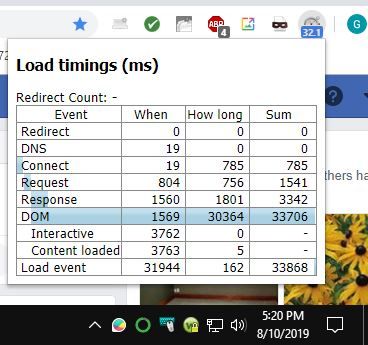 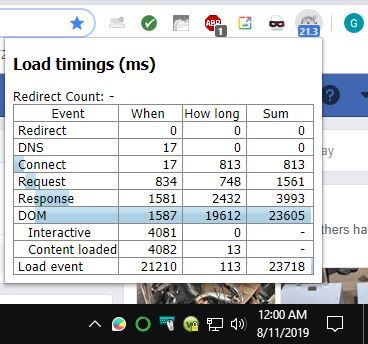 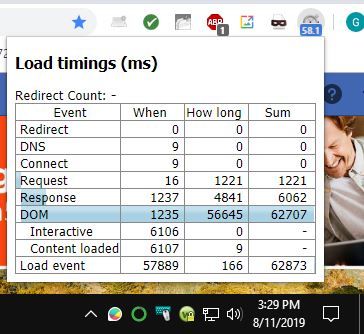 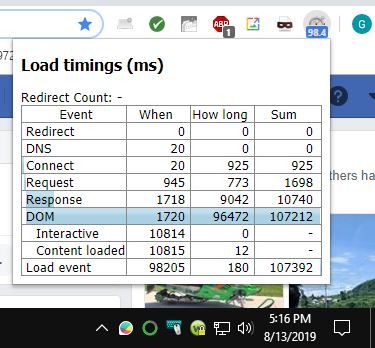 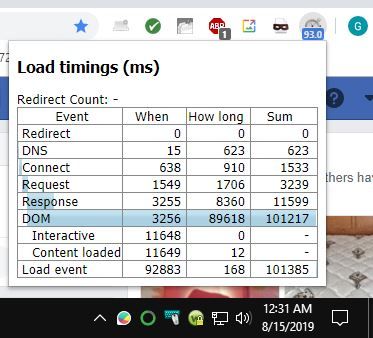 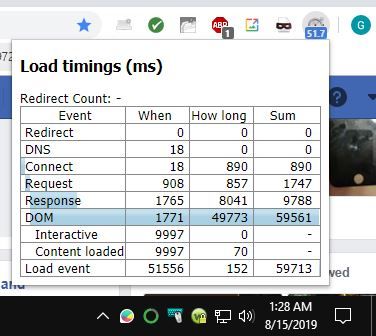 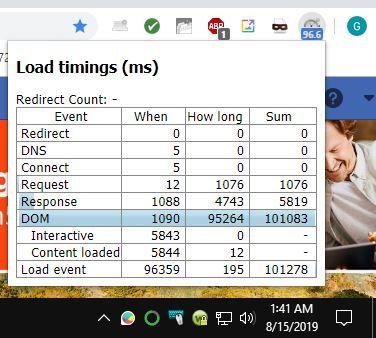 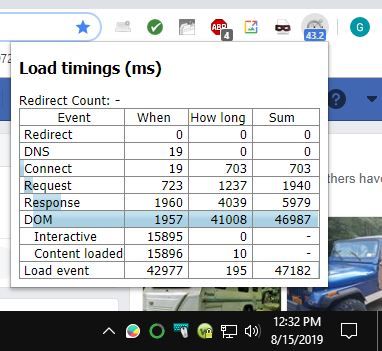 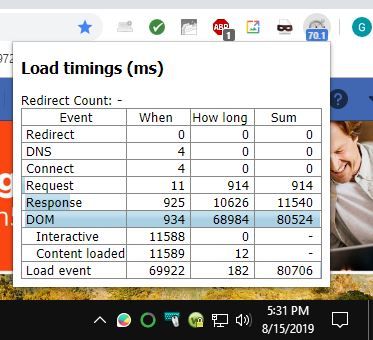 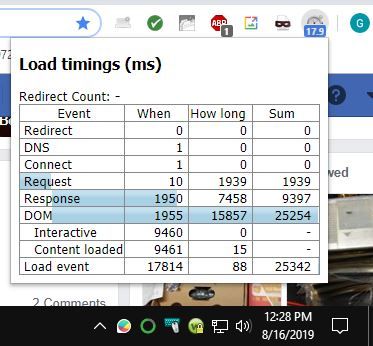 The last Facebook result was after starting to open Facebook, closing the page, then starting again, so some of that speed probably came from a bit already in the cache.

I noticed that what happened with the last TMN result started happening around the same time as the Facebook issue.  The test will start and move a little, then stick at a certain point in its progress.  After some time, it will all of a sudden slingshot to the end, and very quickly.  Often times I deleted those results, as I considered them faulty and inaccurate, but I'm going to start keeping them and posting them as they are, as maybe they're more accurate than I thought.  But, with that said, I've tried opening web pages while the test progress is stuck and they open just fine, which really doesn't make any sense.  If we're to believe what the test progress and result shows, my internet should be practically dead during the time the test is stuck, but it's not, which, again, doesn't make any sense.  THAT's nearly more of a head scratcher than the Facebook issue.

Is it possible that something has gone goofy with my modem or radio that can't be seen with the diagnostic tools?  Granted, I have had normal evening slowdowns for a long time, but this is something fairly recent.  It would sometimes happen prior to this, but not nearly as often.

Should I keep running these?

I'm getting so tired of this.