"Probably not buzzards, though."

I wouldn't discount them, @GabeU.  Some are quite large.  LOL

Hopefully the reps on this community will run some remote diagnostics and figure out what's going on.

While, technically speaking, there are no buzzards in Arizona, they do have turkey vultures and black vultures. It would be hilarious if that turned out to be the problem! (NOT that I think your predicament is funny; I'm sure it's frustrating. I'm just sayin'...) 😀😀😀
1 Kudo
Highlighted

Few things come to mind:
1. Have you inspected the roof after the rains? Is it possible the roof was weakened by the rain and the dish was misaligned? Perhaps water got into the connection at the transceiver?

2. I had a clear line of sight in 2013 too, but trees grow very quickly here in Virginia. It only takes a couple of branches to occasionally blow into the path of the signal to really disrupt things. Real hard to tell from the picture, but it almost seems like you could have a relatively low takeoff angle, possibly aimed either close to or just above that one peak off to the right, instead of the low gap in the middle. Partly hard to tell because of the azimuth the dish is tilted at you really can't tell what the true takeoff/boresight is.

Again, if the interruptions persist, recommend you have someone come out and take a look.

@MarkJFineThe roof is fine. There's no damage with it whatsoever. The latter part of what you said is a possibility though.

I have to disagree with what you're saying about the trees though. The problem that we're having literally started happening this week after rain came by. It didn't occur at all last week. Had trees been an issue, we would have had issues before this week. That's why I don't think trees are what's causing the issue. I literally think that the rain that came by Tuesday Morning is what's causing the problem that we're having. And on top of that, I already said that the trees aren't even near the satellite at all. And finally, my parents (yes, I'm the son that's posting this issue), also agree that trees aren't what's causing the issue here.

I guess I could show what's hopefully a better picture of the satellite: 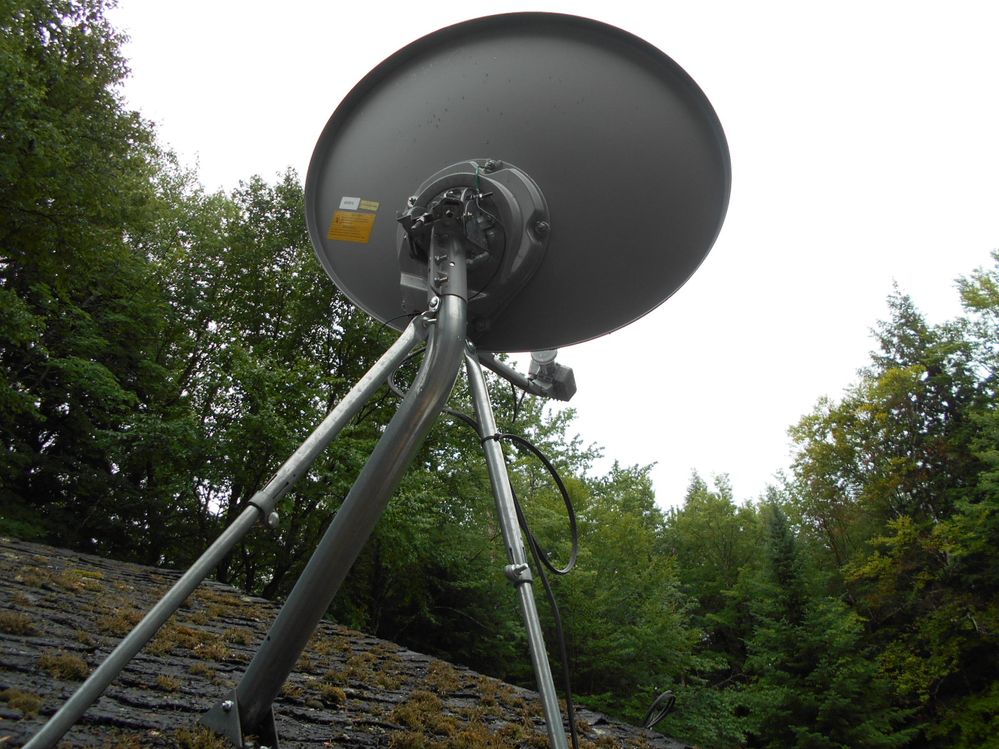 And finally, I should post the current state code history: 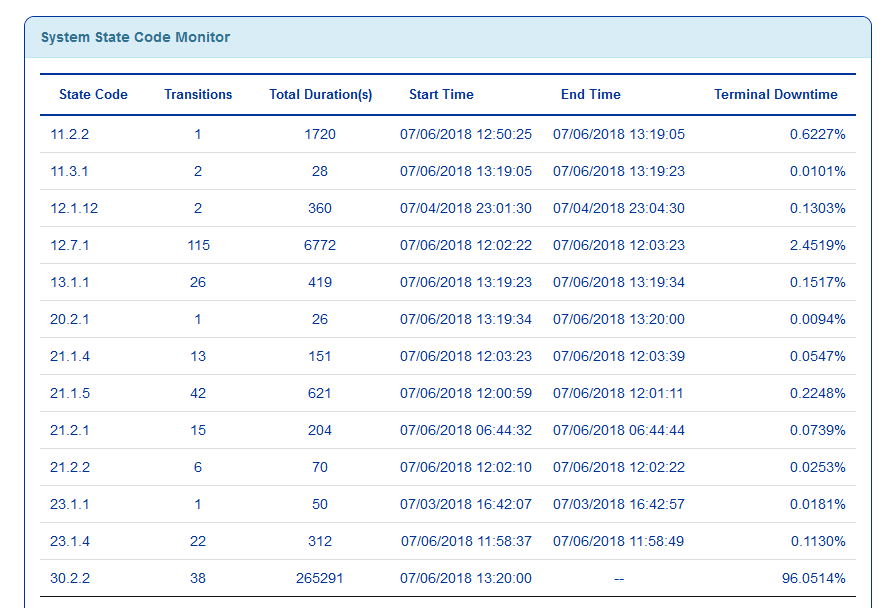 Still can't tell from that angle, but you'd be surprised. You almost have to look down the boom that the transceiver is on, then up ~20-30 degrees, tilted by however the dish is rotated. If a tree is even close to that, chances are that it can blow into the field fo view and cause an intermittent distrubance.

As far as the timing of the rain, I'm not ruling out something getting soaked. But I'm also not ruling out early summer spurious foliage growth, just based on past experience. Something that gets water in it would not be as intermittent and you might see a drop in signal quality due to the change in the capacitance of the cable.

I remember being just as confident that there was no possible way a tree could be in the way... until I spent beaucoup bucks to take two tall ones out to clear the way. That was based on someone coming out with a proper device to scope out the path to the bird. Once bitten, as they say.

If the admins find nothing serious from a diagnostic, you have trees that are close enough that it would warrant a tech to come out, scope the path with a "bird finder", and possibly do a realignment. If they also find the cable or transceiver is damaged, they would be able to replace it as well. All of this is just speculation until the professionals get involved.

Hello Arceus213, I ran some diagnostics on your system. Based on my results I have scheduled a visit for July 9th between 8:00am-11:00am. If you need to reschedule please call us at 866-347-3292, or you can ask when they call to confirm your appointment.

I was going to post an update tomorrow. However, the fact that we're having more problems than yesterday and the day before is making me post this now.

Tech came over Monday, and replaced the transponder on the satellite as well as realigned the satellite. I was still getting the 12.7.1 error before today though, but it wasn't as bad as tonight. Tonight is really bad though, as we're getting more errors on the uplink than usual. I did check Tucson, Arizona's weather and I did see rain where the gateway is. Whether or not these errors are being caused by rain or not remains to be seen. 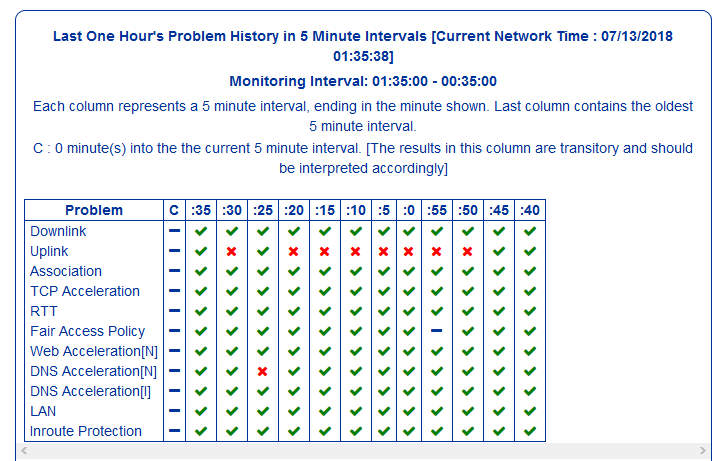 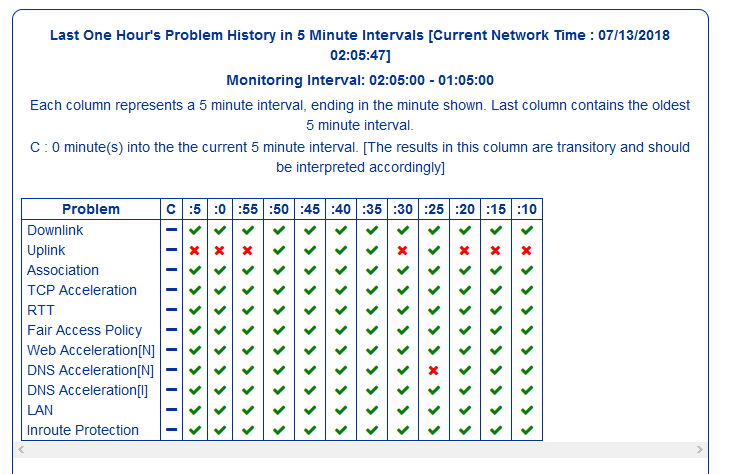 The second screenshot is the most recent current hour history screenshot. 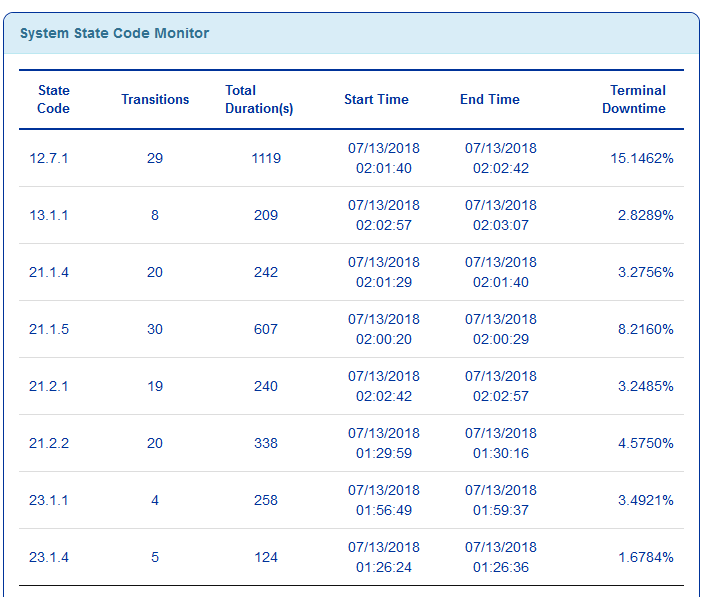 @MarkJFineDo you think part of the problems we're still having are still being caused by trees? Dad was planning to cut at least two of them when he gets better, as he's still recovering from injuries, which I really won't go into much detail at all.

P.S. The main good thing about the tech visit is that I've seen the signal go up over 110 more commonly. Though right now, it's currently under that.

@MarkJFineDo you think part of the problems we're still having are still being caused by trees?

What did the tech say when he realigned it? Did he say anything about trying to slot it between the trees? Or anything about it being a 'tight' or 'narrow' shot? If it was going thru that little notch in the trees, they usually want 40 degrees on either side because of possible reflections. Like I said, it's hard to visualize from a picture at that angle, and you had the guy that could tell you one way or another on Monday.


* Disclaimer: I am a HughesNet customer and not a HughesNet employee. All of my comments are my own and do not necessarily represent HughesNet in any way.
1 Kudo
Highlighted

@MarkJFineI didn't really hear him say much about the trees being the cause. If I'm not mistaken, he asked after he was done when the problems started occuring. And I told him when the rain came by Tuesday morning. He then thought that the storms were the cause of our problems.

Still, once Dad gets better, he plans to cut at least two trees. Hopefully by then, we'll stop getting the 12.7.1 status code. 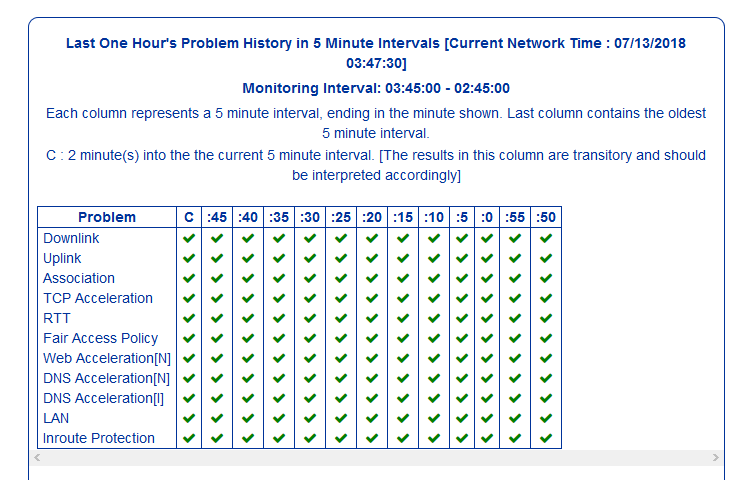 Thought I'd show the current hour history. The good news is that we're not having a lot of problems like we did early tonight, although that could change probably in the future maybe.