"Who knows what evil lurks in the hearts of men..." 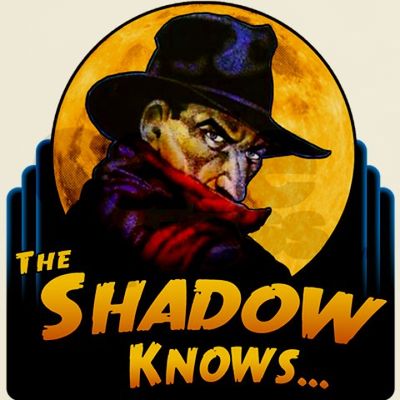 * Disclaimer: I am a HughesNet customer and not a HughesNet employee. All of my comments are my own and do not necessarily represent HughesNet in any way.
1 Kudo
Highlighted

Y'all can have your fun and clueless banter, however, I have completely turned off ALL wifi from the Gen5 modem and am using my Asus router exclusively.

It is a problem when asking Hughesnet about changes that are seen and no explanation has been made. It is also a problem when "so-called" experts are rude and condesending to members asking or stating concerns.

I choose to be cautious rather than be naive. Also, the rude responses are not expected from members that are supposedly knowledgeable. When tempted to be mean, log off.

I'm sorry you feel that several people who have tried to properly inform you didn't give you the answer you wanted.

That's not being rude, it's trying to be informative.

Quite frankly, the only one who continues to take a rough tone in this thread has been you, but we've overlooked that.

Again, I'm sorry you feel this way, it is certainly not our intent.

I think we could have taken a better tone to @lake_woman

There is certainly nothing wrong in questioning the security of our networks.

I have always felt that my Router held the "keys to my Network Kindom". My Network, My Router, My Rules.

While I have don't believe that Hughes has anything up their sleeve AND we are all behind a CGN server I still like to have as much control over my network as I can muster.

While I am still, and shall remain on Gen4, I would not enable the wireless portion of the HT2000w.

I will continue to use my Asus RT-AC3100

It is a problem when asking Hughesnet about changes that are seen and no explanation has been made.

No.  It's not a problem asking about changes that are seen and no explanation has been made.  Not at all.  You asked.  You were answered.  You accepted the answer as a solution, and thanked the person for answering the mystery.

You then proceed to post that you are not only owed further explanation, but wouldn't even accept the explanation you received from an official rep, nor from anyone else basically telling you the same thing.

You just don't like the explanation you are receiving, and seem to be demanding to know just exactly what the hidden network is, and what it's for.

They aren't required to notify you of an update, nor anything about it, unless it directly affects your service.  It didn't.  They aren't required to tell you what the hidden network is, nor what it's for, beyond the explanation that has already been given, and that was most likely a courtesy that wasn't required, either.  You immediately assume that it could be something nefarious.  First, it can't be accessed by anyone.  Second, there are laws governing what can and can't be accessed by a provider, and this hidden network isn't something to circumnavigate those laws.  They aren't spying on you.

That you don't like the answer you received is just something you're going to have to deal with.   No one is having fun with "clueless banter."  That you turn it off?  Fine.  I have it turned off, too.

Being cautious is fine, and even good.  Demanding more information because you don't like the answers you have already received is another story.  You are in no position to demand anything regarding this hidden network, nor the update that contained its implementation.  It's there.  It's for a future service.  It's not spying on you.  No one can utilize it at this time.

With that, I will comment no more regarding your posts.  Good day to you.

To add:  At least with me, the tone is basically due to demanding further explanation.  That's all.  Asking is one thing.  Demanding is another.

You'll pardon my "clueles banter", but tone is as tone does.


* Disclaimer: I am a HughesNet customer and not a HughesNet employee. All of my comments are my own and do not necessarily represent HughesNet in any way.

Me too
0 Kudos
Highlighted

Or use a third party router as I would do if I ever did go to Gen 5, problem solved. I like having a router that shows usage by device, the HT2000W does not.

Or use a third party router as I would do if I ever did go to Gen 5, problem solved. I like having a router that shows usage by device, the HT2000W does not.

That's my issue with my netgear router.  It gives total traffic, but doesn't break it down.  Total is better than nothing, though, and most likely more accurate than Glasswire, I suppose.

If I used my laptop on a more regular basis, I might invest in one of those Asus routers that can utilize the Merlin software/firmware.

I do not have to accept your arrogance in your answers.

This forum is SUPPOSED to be helpful. You're arrogance IS NOT HELPFUL.

Attacking a member is counterproductive and only serves to cause other members to fear asking simple questions. Backoff and HELP the community instead of being bullies with harmful responses.

No one was attacking you, yet you seem to be taking a lot of this personally.

This conversation is done as far as I'm concerned.

Have a nice day.