Let's hold off on the testing until we get more info.

Also, just as I ask all the others who run speed tests, what's your general online experience now? I see you were able to complete that Linux update and Win 10 ISO download in spite of this unusual 11 pm slow down. Is general browsing on all sites slower?

Prior to the 11PM slowdown my general browsing seems to be normal.  After 11PM my general browsing is somewhat slower than normal, which is what first alerted me to the issue, but it's still okay for the most part.  Facebook and other data heavy pages take longer to load than they normally would, but not so long that it makes them unusable.  Youtube videos don't work very well at all, however.  Once the speed starts coming back up things get better.

On the night of the Linux download, which was around 3AM on Saturday morning, the slowdown problem hadn't yet appeared.  It didn't appear until Sunday night/Monday morning.  The night the Windows ISO download was finally completed it was after the speed had come back up a bit.  This was on early Tuesday morning, and the day after I first tried to download it (twice), which was early Monday morning.  Trying it when the speed was still bottomed out was a no go, as the "percentage complete" indicator wasn't moving from 0%, even after many minutes.

I don't know if this is connected, but I have noticed that now, even before 11PM, trying to download a file of any real size is sometimes problematic.  Like right now I'm trying to download a Windows update.  It's been running for about a half hour and it's at 11%.  It believe the update is about 100MB to 120MB.  I'll know for sure when it's completed.  My present overall speed shows as 40.7Mbps on testmy.

I don't know how it's been at around 2:00AM the last couple of nights as I haven't been online at that time, but that's what I'm most concerned with, as it's around then, or a little after, that I tend to do my large downloads, like with ISOs or PlayOn Cloud files, so I don't affect my Service Plan data with those kinds of downloads.

If it slows down at 11PM, but speeds back up within an hour or two, that's actually not a huge deal for me, as I'll still be able to complete my larger downloads after 2AM if I have any, though the mystery is still nagging.  It did seem to be improving the last couple of nights of being up that late, however.  It's also funny how on Sunday night (29th) the 11PM slowdown didn't hit very hard at all.  It was like it was being nice and giving me a break.  😂

Gotcha, thanks for painting me that picture Gabe!

To add a little to what I was referring to with really slow download speeds, even while both testmy and HughesNet's own tests say I have great speed (just tested at 50.2Mbps), this was while trying to load street view on Google Maps... 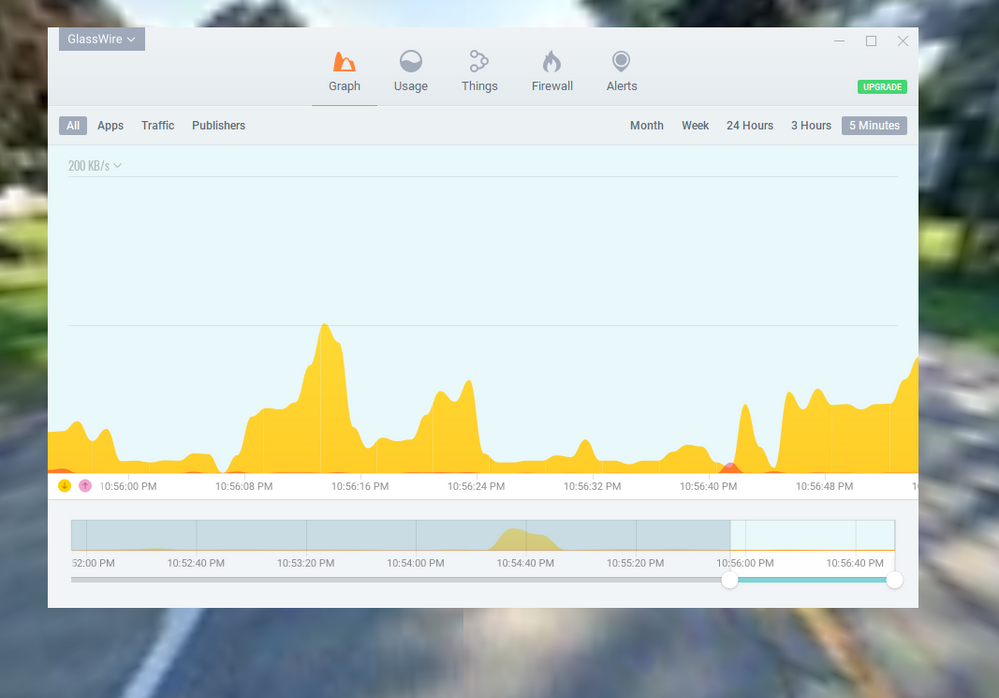 That spike centered around 10:54:40 PM was when I ran the testmy speed test.  This is a speed of 800Kbps (100KBps) and under, all while I'm supposed to have a speed of upward of 50Mbps.  It makes no sense.  This is, of course, with just my computer connected via LAN cable and the WiFi still disabled.

A few minutes before this I had connected my Tracfone, and with a speed of 1.43Mbps, which you can see in my testmy.net results, the page load took around 10 seconds rather than nearly five minutes. 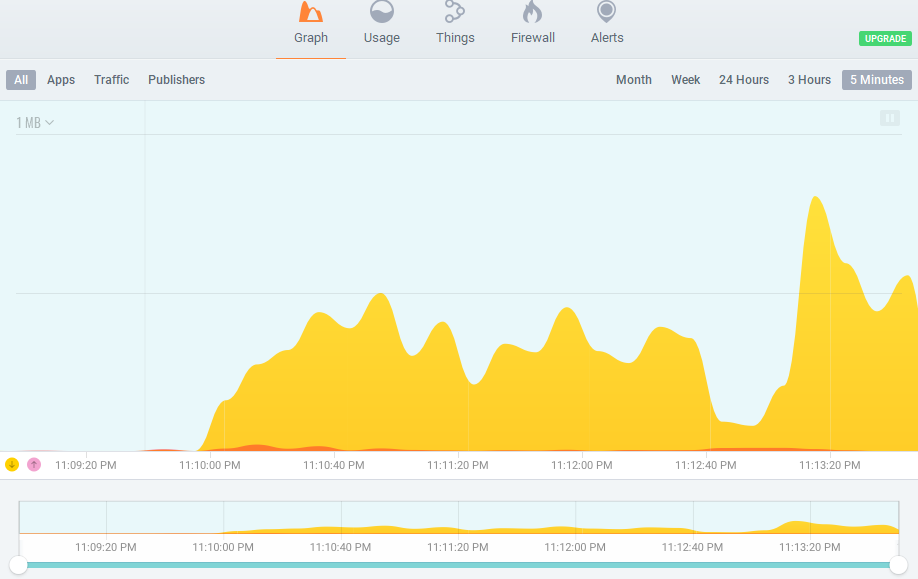 Edit (12/15/2020): I subsequently noticed that the graphs show speed in bytes per second, not bits per second.  1Bps = 8bps.  I altered the text above to reflect this, and it puts the second pic in an even stranger light, as the file download speed was around four times higher than my testmy speed at that time, evidently.  It's Bizarro World!  😁

Wow that is something, thanks for sharing these screenshots. I'll discuss this update internally and see if we can get engineering input on this because I would expect you to get better speeds than that when directly connected.

Also, please keep your modem plugged in if you can so we can check the logs.

Also, please keep your modem plugged in if you can so we can check the logs.

I will.  I wasn't quite sure if you needed this anymore, but I'll be sure to do so going forward.

Thanks Gabe! Have a good weekend!

Before we get into the weekend, please try out that tool I sent you in addition to running TMN speed tests if you experience that slowdown again around 11pm.

I'll do so.  I ran it a few times, including a couple after the slowdown started not long after downloading it, and it did show a slowdown in the total throughput.  I'll try doing so again after the 11PM slowdown this weekend.

At this point I don't know how much of the 11PM thing has to do with the Google Maps loading problem, including street view.  At around 8:42PM, while trying to load a satellite view, it's showing a loading speed of around 320Kbps (40KBps), while my overall speed shows as 38.2Mbps.  I did notice that it's in Bps, not bps, so the above post concerning this is put in a little different light.  Still, 320Kbps vs 38.2Mbps. 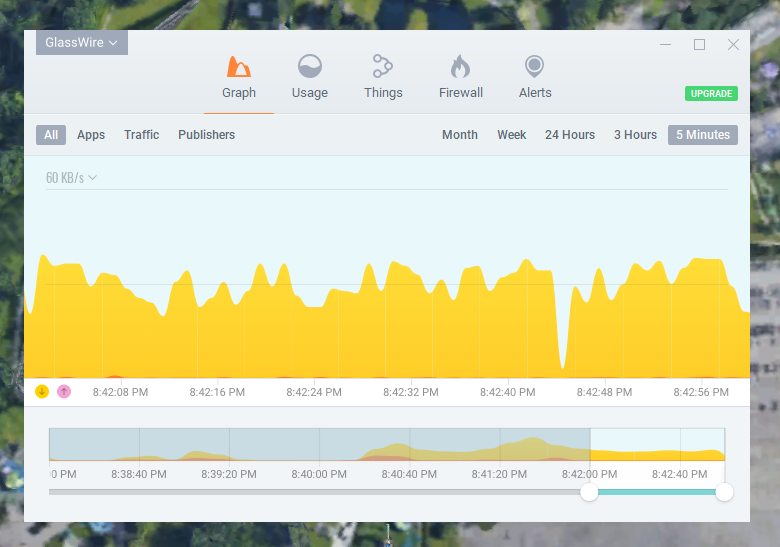