My experience with Gen4 vs Gen5 data usage

Actually, I don't think it's part of the Video Data Saver.  I have noted in the past that some platforms, like Facebook, even if you don't click the video, will start downloading the video file in the background.  I imagine Twitter, and others do the same.


That aside... I have started a work-log in hopes that we can put this to rest once and for all...  We had people complain when they went from Spaceway3 to Jupiter One because they felt they used more data, which they did, thanks to the higher speeds users could go through more content in a given time period.  The same is happening now, even though it doesn't feel like it. 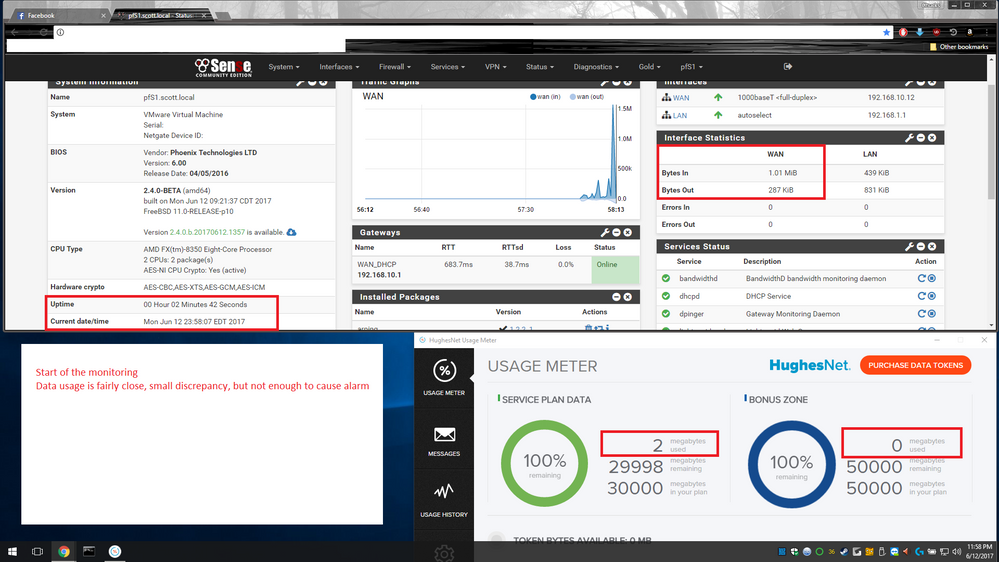 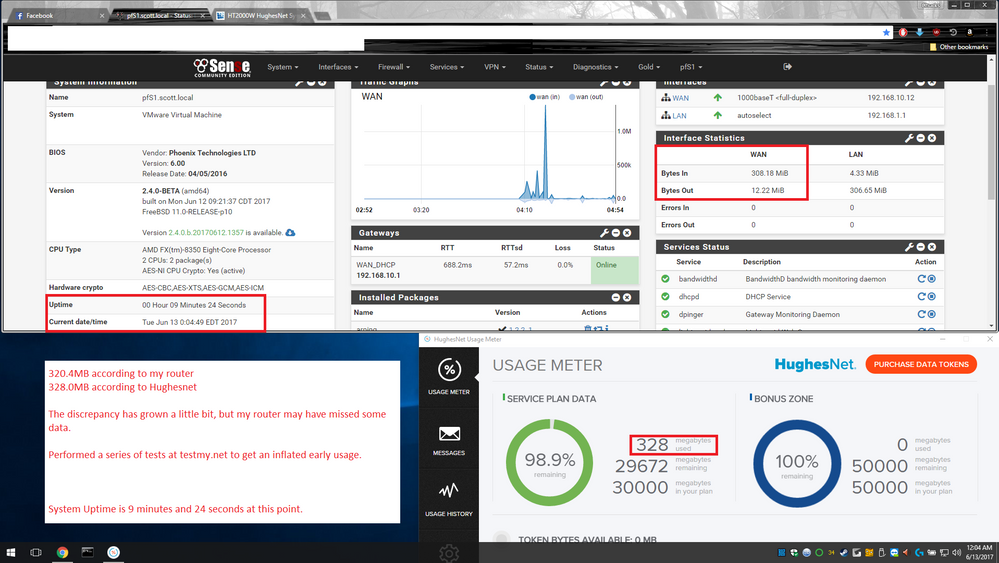 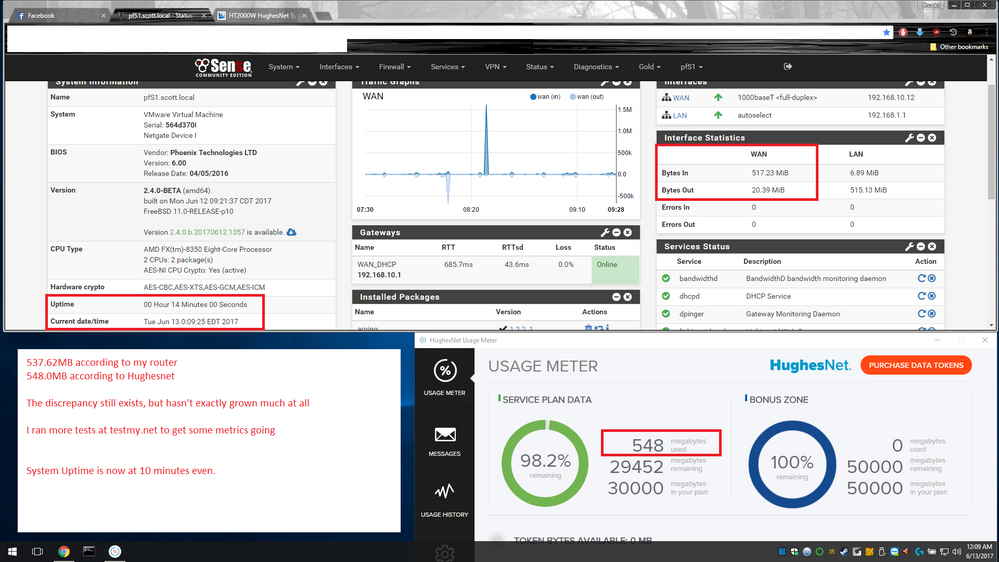 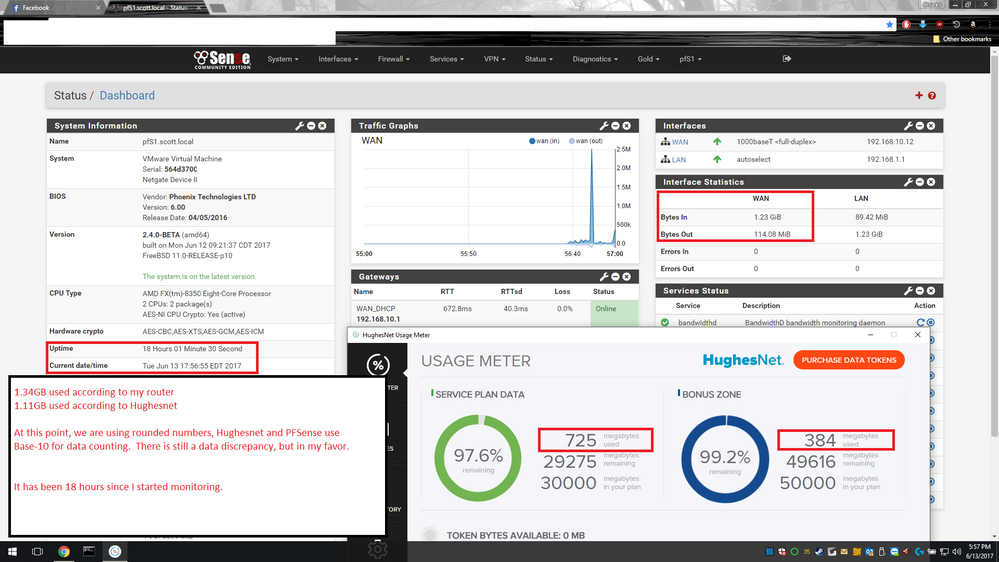 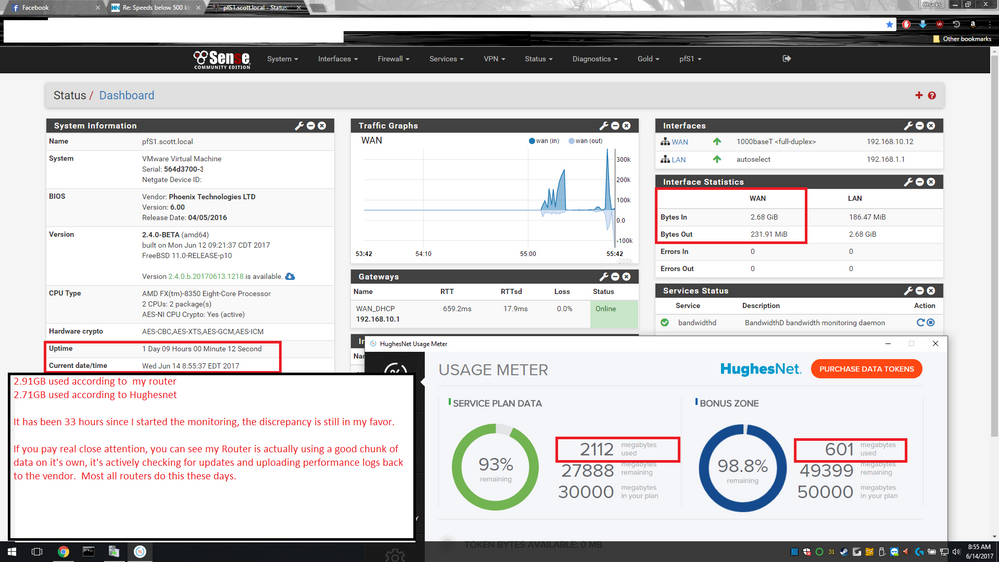 Thing is, if the app downloaded the video in the background, it would also show as accumulating bandwidth on my Mac, which it didn't. The delta was between the change in Mac's Activity Monitor and the change shown in Usage Meter.

Should add that my Mac was the only thing connected to the router when it occurred. All other phones, iPads, DirecTV boxes, TVs, etc. were taken off the network earlier this morning so any testing wouldn't be corrupted.

Had started a workbook as well, which is how I've been able to track this. The difference in question is the part highlighted with the red oval here, which occurred before 8am: 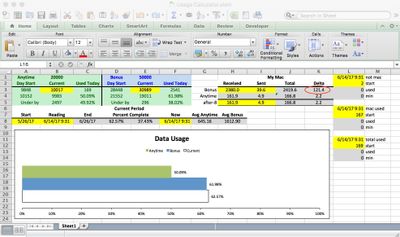 I too initially suspected that the rise in usage was related to a rise in speed. I'm really loving that part of it. It's the large variances that we can't explain that I'm really not so find of. The issue being that if we can't manage the variance, we really can't manage usage. The thought of overrunning the monthly data is making me obsess over it a little. And by "a little" I really mean "a lot". lol

Started adding an odometer-type thing on the right hand side of that spreadhseet with a macro that "bulbs" it so I can look at specific time periods. I added a button to start the macro and Microsoft wanted me to download about 90MB of extra fonts and stuff, which I did. But HughesNet ignored it all. So... I have no idea what's going on. 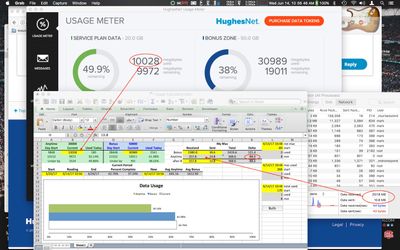 Pst, just saying, I have seen Hughes ignore good large chunks of data in the past.

As for the whole video thing, never thought about that... I don't log usage at my machines but at my router instead.