I don't see where the web response test is on the SCC.

At the top of the Community pages you'll see a "Speed Test" link.  You'll find the HughesNet Web Response Test there.

I see it now. Thanks!  I'll run both tests from there.

The sluggish feeling might be the Web-Accel server being a bit slow... >.>

I've never had those issues before so I have no idea how to test or fix them.  Is there a way, or just wait until the server speeds up?

If you look at my speed tests here, the numbers are not bad. There was one amazing spike there for a sec, too.  And yet, the perceived speed when I browse is slower than Gen4.  So why is this? Anybody know?  I was getting much slower measured speeds with Gen4, but I felt the Internet was moving fast.  With Gen5, I'm getting much higher speeds than before, but I feel the whole Internet experience is sluggish, and pages take longer to load.

[2] Why does the new Gen5 network kill my Verizon reception on my iPad? I get "no service" unless I restart the device. Curious.

Bonus question: what on Earth is the WPS button? What does it do?

Bonus comment: the new modem looks hilarious. Well, to me it does.

Sluggish?  Yes.  Mine seems a bit sluggish, too.  What I'm experiencing sometimes is "resolving host" delays, making webpages sometimes take more than five seconds to open, though once they do they are very quick.  I've disabled prefetching in Chrome and it seems to have helped substantially, though not completely.  Oh well, such is life.  I don't know where you are located, but your speeds do seem to be slower than most of what I've seen with Gen5.  Still, with the exception of downloading some large file and being pressed for time when doing so, the difference between your speeds and my speeds most likely wouldn't even be noticeable with the things we do.

As for you not being able to connect to the 5Ghz, neither my laptop, nor my notebook, can either, and both are capable of doing so.  It could be some type of glitch that will be fixed with a software update in the future.  Still, if you do some reading on the differences between the 2.4Ghz and 5Ghz bands and why you would use one over the other, you'll see that, most likely, using such would be of no advantage over the 2.4Ghz you connect to now.

As for the modem...I agree.  It's a bit funny looking.

It reminded me of some Egyption monolith or something.  LOL.

Thank you, Gabe, for the thorough response!

I've tried different things to change the sluggishness, but nothing has worked.

I'm in the mid-Atlantic region -- don't know if this is significant regarding speed.  I don't give much importance to actual speed -- it's perceived speed that I think counts (well, to me at least). With Gen 4, even though the speed was much less than now, the pages seemed to load faster.  Maybe it's the Web acceleration that's not working properly.

"Still, with the exception of downloading some large file and being pressed for time when doing so, the difference between your speeds and my speeds most likely wouldn't even be noticeable with the things we do."

Exactly! For most things, it doesn't really matter. I was able to stream Netflx just fine today (with some buffering here and there), so that was fine. But oddly, some Web pages are very, but very slow to load up.  Bring on the software/firmware updates.

"As for you not being able to connect to the 5Ghz, neither my laptop, nor my notebook, can either, and both are capable of doing so.  It could be some type of glitch that will be fixed with a software update in the future."

I'm thinking that many things will be fixed with future updates. This is all very new and glitches are to be expected.

I've been doing a bit of reading on the differences between the 2.4Ghz and the 5Ghz bands and I agree there doesn't seem to be much advantage of one over the other.

"It reminded me of some Egyption monolith or something.  LOL."

Yep. A quilted one at that. LOL. Classy.

That makes sense, and it's not really a problem. I was just curious.  I also thought C0RR0SIVE had mentioned he was going through the daily refills, but maybe he was not a Gen 4 to Gen 5  upgrade.

I was thinking, regarding your location, that you might be one of the few to still be on the ES17 with Gen5, but shortly thereafter realized that you would already know that if that were the case.  I meant to come back and edit that part out, but got distracted by the cat falling off of the arm of the chair while sleeping (he's fine).  LOL 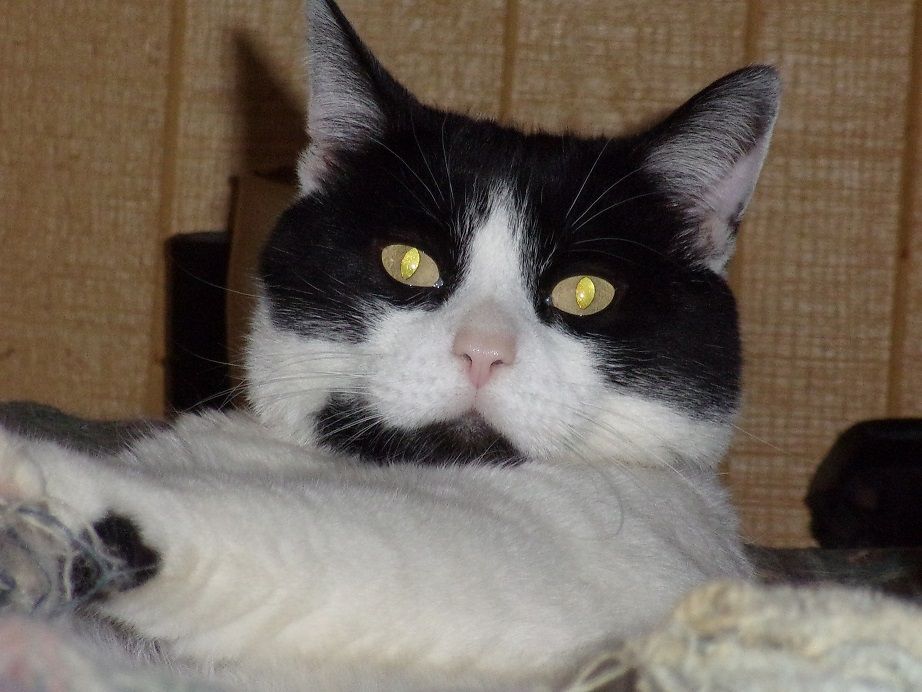 How would I know if I'm on the E17? That's a great looking cat, btw. I have a cat that looks very similar, only with more white on the face. My cat is super fat.
0 Kudos
Highlighted

Thanks for posting and working with the community so far. I'll run diagnostics on your site and dig in a bit deeper to see what's going on. You're definitely on the EchoStar 19 satellite, so we want to see if there's something on our end that we need to address for you.

On a quick read it isn't clear if you are doing the tests from a wired computer or a device connected to the wireless aspect of the HT2000w.

If from a wired computer connected to one of the HT2000w wire LAN ports, that, baring a NIC setting or a Ethernet cable issue that is about as good as it gets and then the issue comes down to troubleshooting using speed tests and web response tests among other items. Its hard to see that ES19 could have loading issues this soon of course installation and proper grounding to bleed off wind induced static charges on the reflector and transmitter body do apply and apply in spades.

If connected wirelessly, that is a different can of worms all together. Before going down that road lets verify the type of connection in use while doing the tests as this adds a number of variables.

@Gwalk900, I've been running both kinds of tests (wired & wireless) -- I get the same results with both; there's very little difference between the two.

@maratsade wrote:
How would I know if I'm on the E17? That's a great looking cat, btw. I have a cat that looks very similar, only with more white on the face. My cat is super fat.

Mine too.  Seventeen pounds at last vet visit.  My folks have outdoor, semi feral "barn" cats, and this one was born missing part of his left, rear leg.  They bribed me to take him in as they feared he wouldn't survive the cold Buffalo winters the way he is.  He's mine, but they pay for his food (which is expensive because he has to have a special kind) and his vet bills (which have been quite high, as well, due to having to have many teeth pulled to combat stomatitis).

The funny thing about the leg, though, is that the stump has a pad on it, like cats have on their feet.  It's hilarious.  He's quite unique.