Have to agree that the HELP is sadly lacking. Could be due to the HELP being in some god-forsaken island in the south pacific. THey can hardly be understood on phone, NO online help, and the emails so show up in some random manner, but FROM ME, not other people. That is, I send email and it shows up in MY box. NO WAY to save emails to any place other than SENT and INBOX> How stupid is that? Sorry, IGNORANT is more like it. I am NOT happy with HughesNet, so far. Lack of qualified customer support IN THE US, or at least with ENGLISH as FRT language. I can speak several languages, with accents, but the Phillipean "help" boiler-rooms are difficult to translate. LOST about fifty Contacts, as it will NOT umport my address book from LIVE MAIL, or Gmail. Then there is the DELAY in response, due to lag, in an on-line game. The time from MY rig, TO satalite, and return, is sometimes five to ten seconds. Not a long time, but in gaming, it can mean a WIPE of your group. Spped is great otherwise, albeit having to sign in to the LIMITED email servers wverytime I come back from BIO, or getting coffee, MOST annoying, and sometimes not successful. BOTTOM LINE- LITTLE to NO HELP with anty meaningful  issue, MISLEADING promo and LACK of options on emails, i.e only TWO Move-to options, SENT and IN-box. Disgusted.

Re: My thoughts on the Community?

You do seem to have a number of issues. It is a little hard to pick them out in your 'wall-of-text' post but I'll give it try.

"THey can hardly be understood on phone, NO online help, and the emails so show up in some random manner, but FROM ME, not other people.That is, I send email and it shows up in MY box."

I have to agree that Phone Support can be hard to understand at times however over 50% of Hughes support is US based.

You state:  NO online help

There are a number of support methods

In addition to the above, you may also get support online here in the Community if you were to post in one of the support catagories such as Tech Support or myAccount and Billing.

"NO WAY to save emails to any place other than SENT and INBOX> How stupid is that? Sorry, IGNORANT is more like it"

Ignorant is such an ugly word.

You didn't state what email service you use so for the moment I'll assume you are referring to a Hughes email account.

There are two ways to access email accounts. Web based or through the use of a email client program such as Thunderbird or Outlook (the program not the site)

Web based is the act of accessing the email server directly through the use of a browser. You do in fact have the ability to customize your user interface by adding custom folders as an aid to organize your emails: 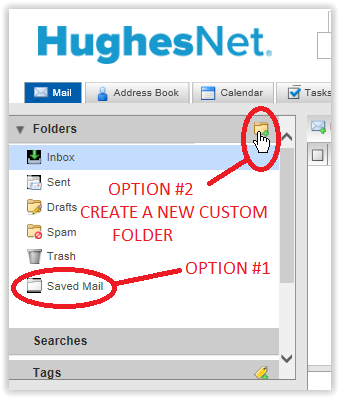 Those methods are shown in the above graphic.

While web based access has fewer options than a email client program, there are still options.

The following is related to importing contacts: 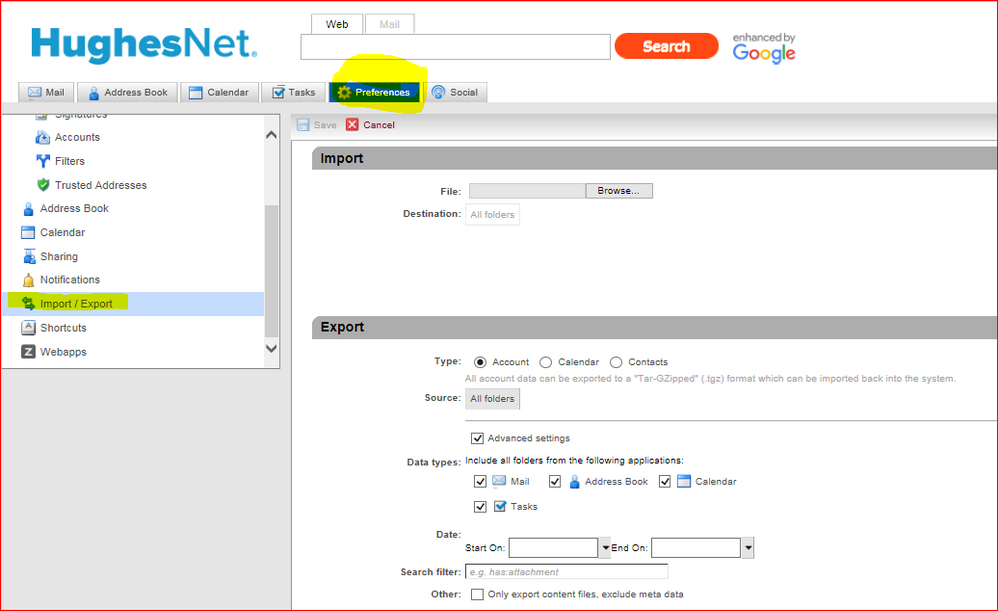 "Then there is the DELAY in response, due to lag, in an on-line game."

Yes there is a delay, referred to as latency, inherent to a satellite connection. A satellite connection is not well suited to fast paced activities such as many online games. This is made clear during the sales call. The speed of light is not just a suggestion, it is the LAW.

BOTTOM LINE- LITTLE to NO HELP with anty meaningful issue,

I think I've touched on most of your issues.

I think you could stand a little tutoring in email handling and perhaps a clearer understanding of the strengths and weaknesses of satellite internet.

You have posted in the wrong part of the Community to get Tech Support. I'll tag @Liz to move your post.