I've had very slow download speeds for two days and now starting day three. Nowhere close to the advertised (and previously obtained) speeds I should be getting. Typically in the early morning hours (during bonus bytes time) I achieve 30-40 mbps download speeds, for the last few days that has not been the case. I've spent at least an hour on the phone with support, and at least that long again with online chat (and due to the problems with the speeds even got disconnected and had to get a call back). I was finally turned over to the engineers(?) and am awaiting call back, but thought I would go ahead and post these screen shots of this mornings results. My case reference number from the last call I had is 117533693. Please note the time of day (obviously not peak hours). These are from this morning (12/26/2018). I also included a shot of the page showing data remaining as this has come up with the tech support calls (a frustrating amount of times... 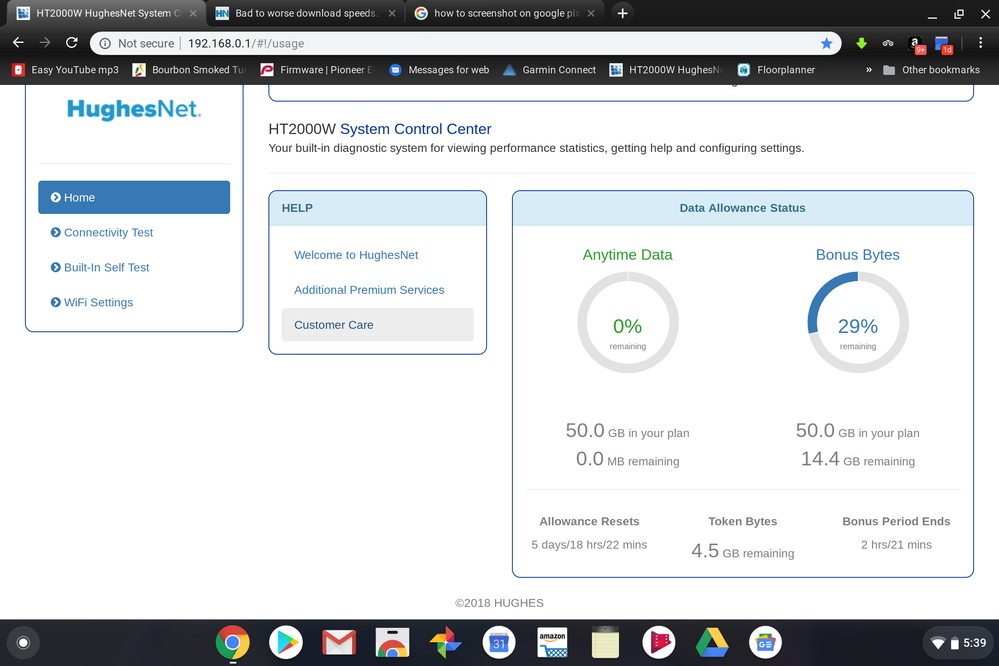 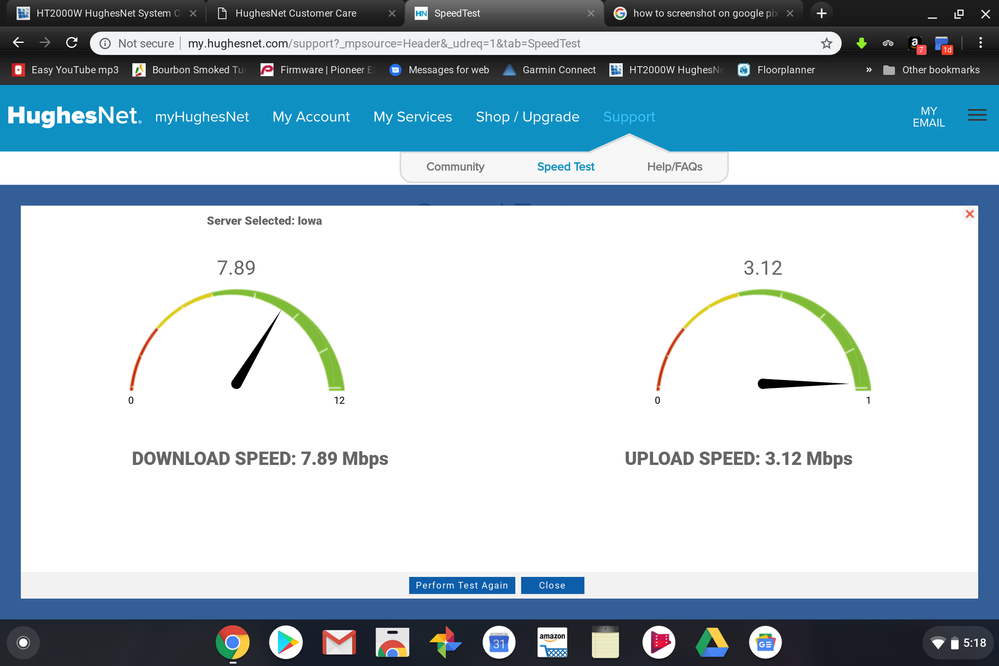 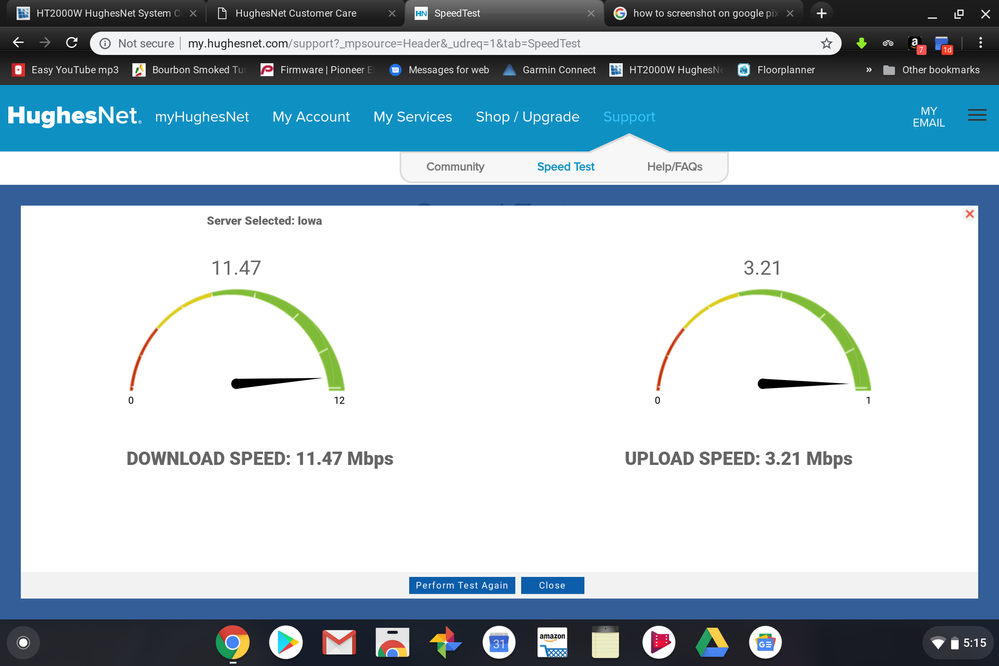 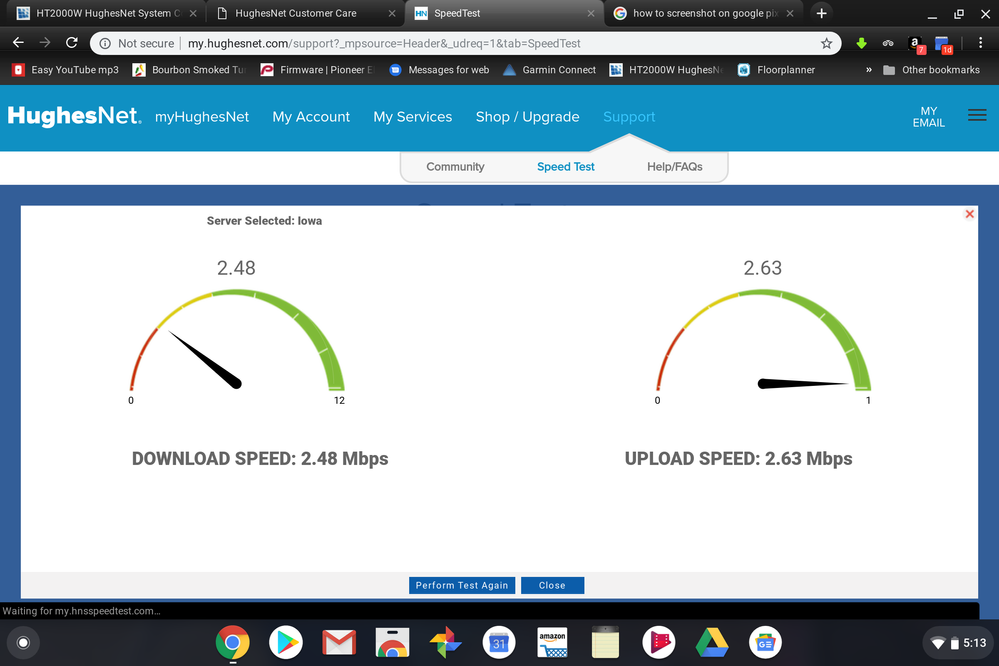 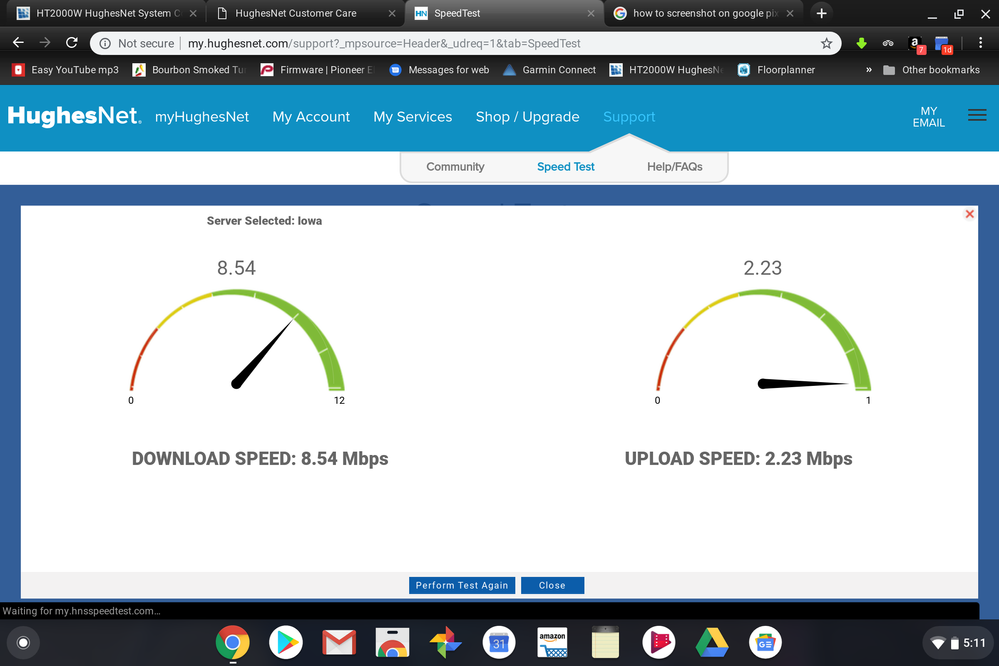 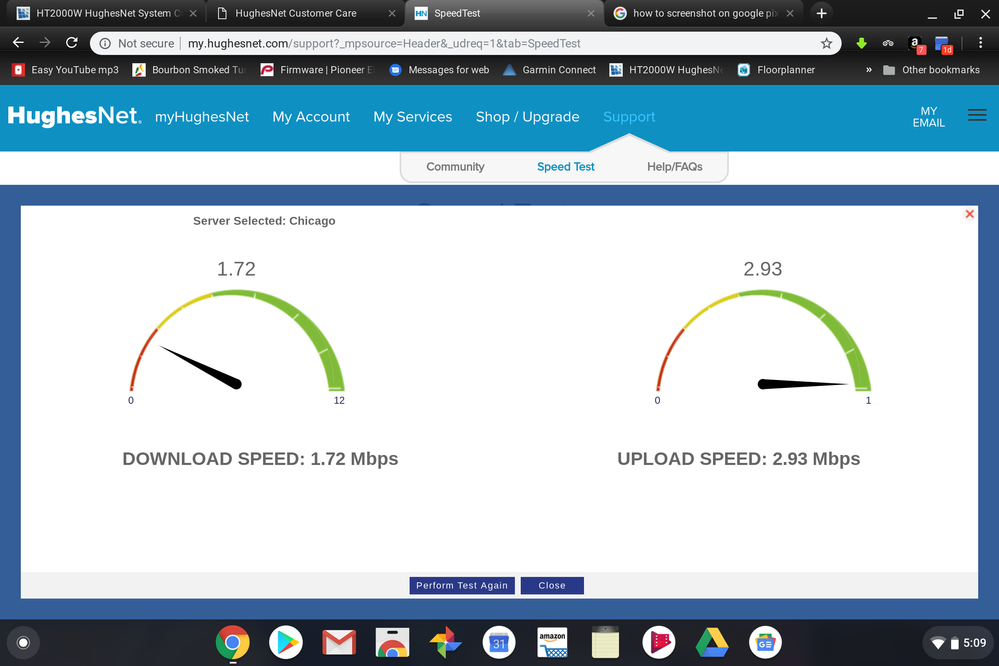 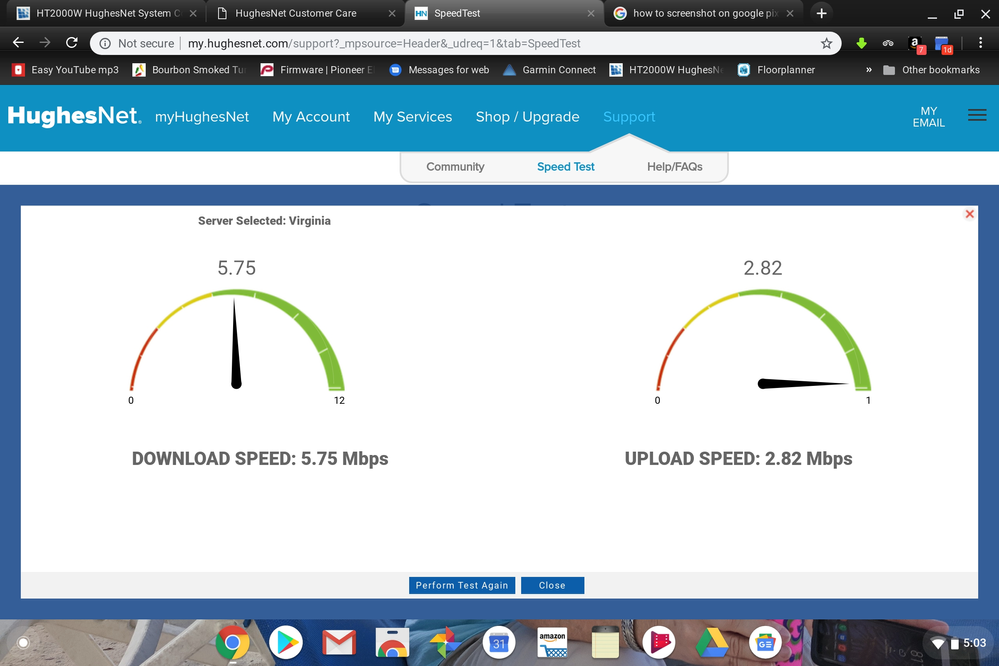 Not sure about the whole Rich Text thing, but I can tell you with 99.99% surety that the speed issue at 2:00AM and shortly before 8AM is due to people downloading updates and whatever else with their devices.  It's the same way around every Christmas, though it get's progressively worse each year, as capacity has a very hard time meeting new demand.  From one time period to the next, capacity may double, and in the same time period demand may triple, quadruple, or even be higher.

Keep in mind that the Echostar 19 satellite only has around a 225Gbps, or 225,000Mbps capacity.  Divide that by 120 spot beams, and that's roughly 1,875Mbps per beam.  That's only for illustrative purposes, of course, as capacity per beam is somewhat dynamic because of load levelling, but that's not a whole lot to go around.  Throw tens of thousands of new devices online, all downloading whatever they're downloading, whether they're scheduled to do so or someone is actively doing so, and anything else that's being done, and it slows the system way down.

Most of HughesNet's customers are on the two main satellites, with those being the Echostar 17 and Echostar 19 satellites.  The former has "over 100Gbps" of capacity.  So, even with a combined capacity of 330Gbps or so, that's not a lot for upwards of a million subscribers.  HughesNet presently has around 1.3 million, but some are still on the old satellites.

I'm seeing the same thing you are, though not quite as bad.  My beam is not very loaded, whereas yours may be.

LeeH74
New Poster
In response to GabeU
Here's hoping you're wrong I suppose. The Advance Tech guy that I spoke with day before yesterday said my beam is very low traffic and seemed quite surprised at how radically the dl speeds changed from a minute before/minute after the switch from Bonus Bytes to Anytime and vica/versa. Should hear from HN engineering today. Fingers crossed for at least some relief.
0 Kudos
Reply

"how radically the dl speeds changed from a minute before/minute after the switch from Bonus Bytes to Anytime and vica/versa."

I've been noticing this too but have chalked it up to network congestion during Bonus Bytes during the holiday season.

@LeeH74 wrote:
Here's hoping you're wrong I suppose. The Advance Tech guy that I spoke with day before yesterday said my beam is very low traffic and seemed quite surprised at how radically the dl speeds changed from a minute before/minute after the switch from Bonus Bytes to Anytime and vica/versa. Should hear from HN engineering today. Fingers crossed for at least some relief.

It's scheduling.  Most people are asleep at this time, but their devices aren't.  A speed hit is always seen right at 2:00AM.  It's just worse and lasting longer right now because of so many new devices.

Hopefully they'll be able to get your speed up at least a little, but the major hit won't dissipate until the downloads do.  Hughes' direct competition is seeing the same thing.