Close but didn't get away with it.

Close but didn't get away with it.

Hurricane Sally nuked us. Trees fell all around my Hughes antennna but it was only struck by one branch of less than an inch diameter. 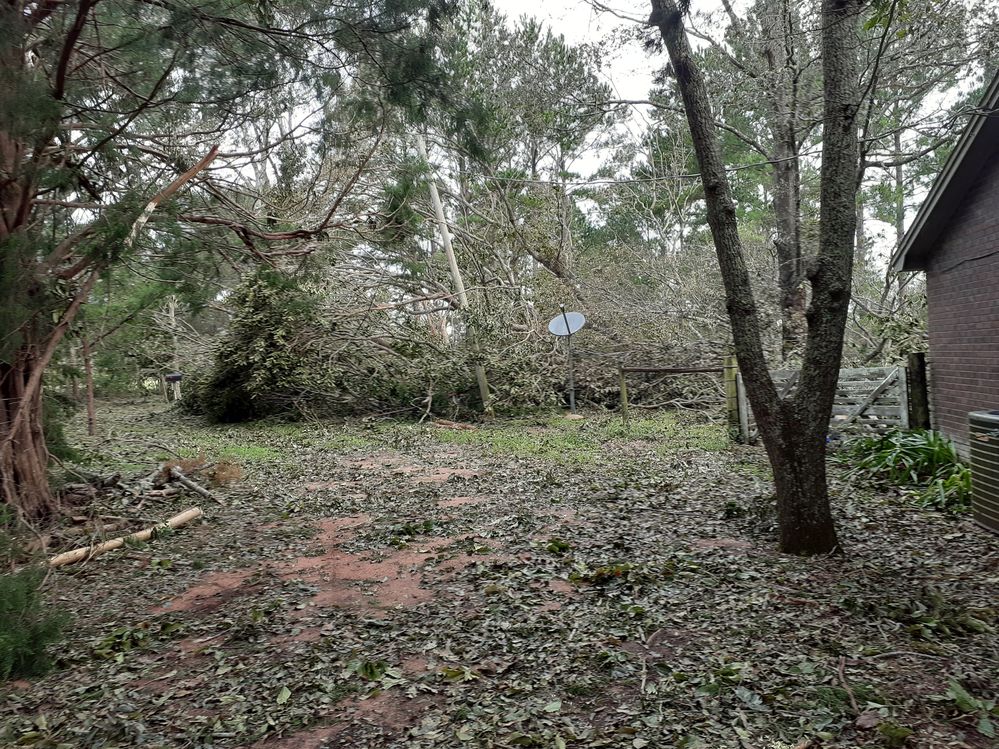 The north east side of the dish did feel a wind strong enough to knock down at least 100,000 pounds of old oak trees in the immediate vicinity of the installation so maybe that's what took out my service. Seems like the aim could have survived all this since the bolts were very tight and my pole is a custom built monster.

The antenna is kinda hard to see from the north side of the yard. Good thing we caught the "weak" part of the eyewall 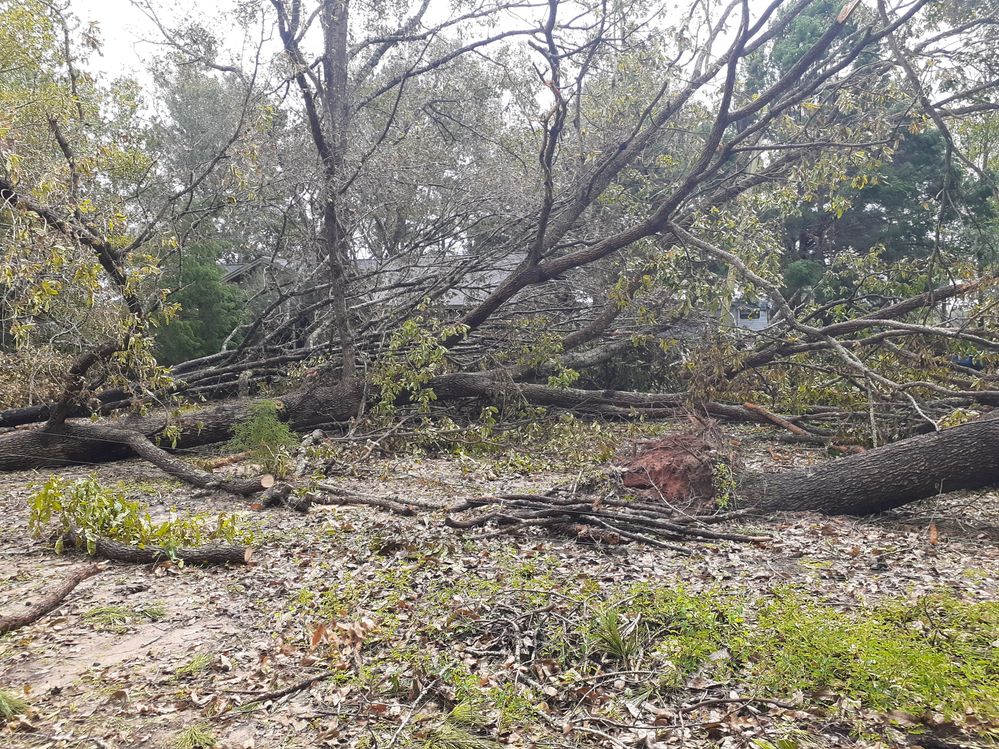 It's all good. Since we were on generator power and the Vz internet dropped to 1xRtt for a couple of days, I called in to phone support last Wednesday afternoon and reported the problem. I talked to a great phone rep (Ali) who tried to fix it but couldn't. Then we had to go from main generator power to an old reserve generator that made dirty power so I shut down all the main equipment. Ali called me back many times to check on us, ready to help with the problem.

Yesterday afternoon when we were back on line power, I powered up the modem when he called back He tried sending commands but still no progress. Then he got an upper level tech on the phone with me and we tried a few tricks including a field re-install. Didn't work so his dispatched a field tech for Monday and waived the fee.

Bottom line is after 10 years with Hughes, this was the best phone interaction and experience I've ever had with Hughes. Ali needs to be commended for his perseverence and determination to help with a very difficult situation, especially with me being hard to reach while running the nubsoff a chain saw rather than listening for the phone to ring.

@Liz  I don't have a case number but if a quick look at my record shows an active case just now, please put in a commendation for Mr Ali. He's a top of the line Hughes phone rep.

Re: Close but didn't get away with it.

Glad to see you're safe and sound. I appreciate you taking the time to share what happened and was more than happy to pass along your praise to our call center managers. We're always here if you need us!

Re: Close but didn't get away with it.

Wow!  You really got lucky there.  That's a huge tree!

I have quite a few trees around my place too, including a couple of fairly large silver maples in the front, and though I like having them and would rather have them than not, wind storms are the one thing that scares me about them.  Your pictures are a perfect example of why.  I live about 20 miles off of Lake Erie, and halfway up, and on the lake side of, what's known as the Chautauqua Ridge.  When the wind comes off the lake it slams right into us, and sometimes it's significant.  Granted, not like what you saw, but we usually get one or two 60+ MPH storms a year.  I always watch the trees whipping around.  It's nerve racking.  I can't imagine sitting through what you did though.

Glad you're okay.  I hope the site visit goes well.