Is the high speed party getting over so soon?

I've noticed it slowing down the last few weeks. Sometimes it takes forever to load a simple page.

I had extra bandwidth to spend before my allowance reset at midnight so I set up an auto-test and let it run. Upload and download were schizo at times. It's beginning to show symptoms of my old Gen 4/Beam 55.

Uploads as low as 202 kbps with many below 500 kbps and a sub 6 Mbps download. I guess it may be a while before it starts dropping below 1 Mbps download (and hopefully never to sub-100 kbps) but I was hoping the consistently great primetime performance would last at least a couple of years.

Before I started the testmy auto routine last night, I downloaded a 1.6 GB file from harvard.edu and watched it on a graph. It would go very well (20-40 mbps) for a while and then it would shut down for a while. The Firefox download manager would switch between completion estimates of minutes and seconds to  20 hours or more as the download would switch on and off.

Semi related question re: the speed tests below... how is is it possible to get 48.74 Mbps download and seconds later get a 202 kbps with the associated upload? 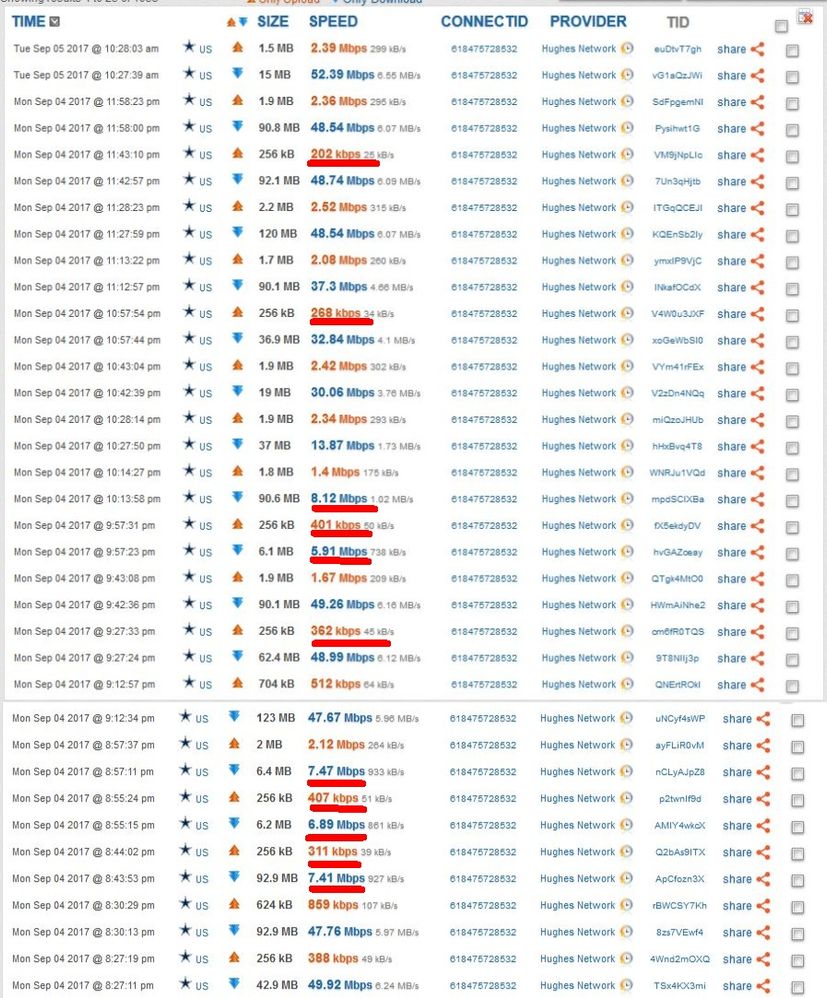 Unlikely the beam is oversold, it's more likely they made changes gateway side to see if they would improve performance for users, or, the gateway just hasn't been expanded fast enough.

Could also be Web-Accel servers being overloaded...  Did you try testing with Web-Accel off?

Maybe the engineers are fiddling with the gateway. It looks like things started going downhill a month ago. I sure hope the beam isn't congested just yet. Maybe Amanda or Liz will have some insight.

I did not test last night with the web acceleration turned off. I only goof with that when I'm having exceptional problems that a reboot doesn't cure or if I'm using a website that doesn't play nice with Hughes.

Sure looks like some sort of high usage congestion to me. Of course, that's assuming high traffic volume of the holiday added to the usual Monday night slowdown. That would be business as usual for Gen 4/Beam 55.

Here's what it looked like around 9 PM Tuesday night. The first test is with Web Accel enabled. It does seem Web Accel is indeed a drag on the system.

I am absolutely sure that the beam is not even halfway sold at this point. If there is something going on with your beam or gateway, it is being made worse by nightly traffic. We've been closely following some efforts to resolve perfomance issues on other beams, but yours is one I have not seen on any list before. Today I will get with our engineer to discuss your issue. As usual, thank you for your patience

I never could resolve that other thing we were talking about with the silly Hughes email address failing to forward community notifications after it quit in June. The extremely inelegant solution was to make my Thunderbird fetch the mail from my Hughes address that's tied to the community. This is the ONLY use I have for a Hughes email address. I sure wish Hughes would allow me to use one of my real email  addresses for the community.

After 3½ months of being completely off-duty, the forwarding from my hughes email account (used for community notifications only) inexplicably resumed forwarding to my designated "real" email account Saturday night. If continues to work I'll be able to undo the malarky required to make my Thunderbird go fetch from my otherwise useless Hughes email account.

Update to my gradually failing internet performance. A month later and on another Monday night (no holiday this time) my primetime internet is even worse. If this isn't an oversold beam, why can't my beam/gateway be fixed? Same story, different satellite. 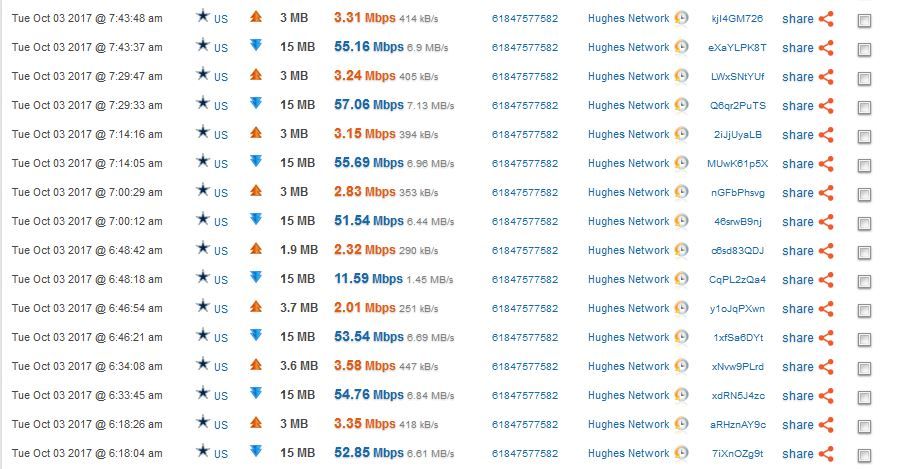 Hughes, are you seeing the problem?

It got worse through December and January but started improving last month. Now the problem seems to be resolved. The high speeds generally aren't as high and the low speeds are back up to wonderful. Quite consistent again. 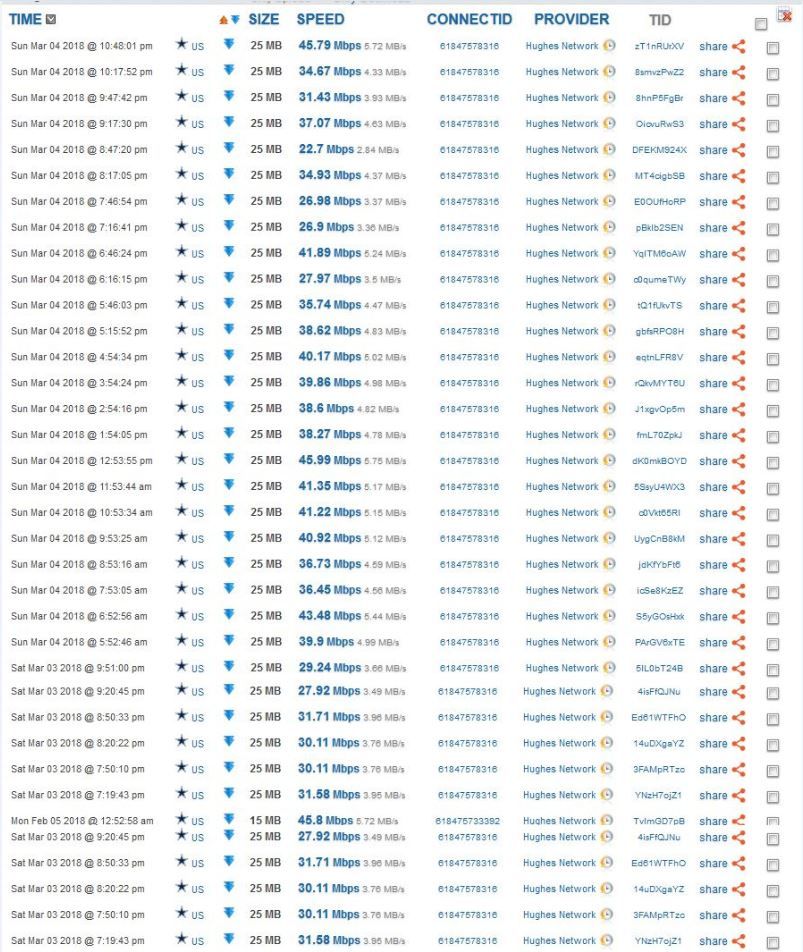