I just started noticing 11 MB of my allotted daily download allowance has not been listed for about a week now. What happened to it?

Ughh Cannot upload any screenshots to show what I mean.

In the Restore Tokens page it shows my download allowance as 475MB but in my HughesNet Control Center Download Status pagein  http://192.168.0.1, it shows 464 allowance.

It's been a couple of years since I've used an HN7000S, so I'm going by a PDF of the HN7000S pages (the screens and names of the pages might have changed since this PDF was released).

Yes, it shows 464MB total allowance when it used to be 475MB. It's not the remaining balance. 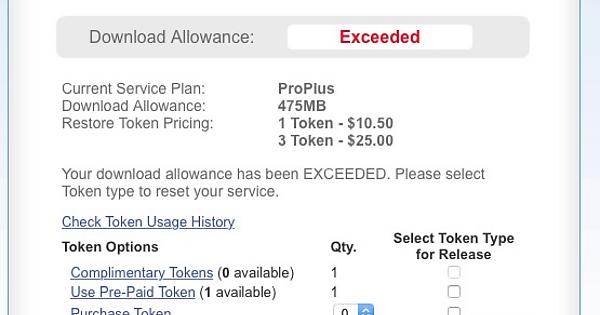 Yep, the link worked.  That's just plain weird.  I had an HN7000S for about eight years and never saw anything that goofy.  Hopefully, someone more familiar with that system will have some ideas, but I have a feeling that one of the reps will most likely have to figure this out.  The reps are on M-F from approximately 8AM to 5PM EST, so the earliest you'll see a reply from one is Monday.

The only thing I can think to try is rebooting the modem, which is unplugging it for 30 seconds or so and plugging it back in.  Make sure you do so at the actual plug, though, not at the back of the modem.  I don't know that doing so will have any affect on it, though.

I wish I could think of more to try, but again, this may be something they have to reset on their end.  Good luck.

Edit:  I don't know why I didn't notice this until the second look, but if those two pictures were taken around the same time, what's even stranger than the 11MB allowance missing is that it says, on the Token page, that your allowance is exceeded, while you clearly have data.  Just plain weird.  This is, of course, unless you used a token to reset your allowance in between the two snapshots.

I took a screenshot before I used a token to show the amount of download allowance I used to have and then took the next one after the allowance reset using a token.

Edit: I forgot about the times when the reps are on here. Thanks!

That's what I figured was the case, or at least hoped.

And you're very welcome.  Hopefully it's something they can quickly and easily fix.

Have a nice weekend.

Thank you for posting and providing screenshots, these help a lot. We already have a ticket open with our engineers regarding this concern. I will have your info and screenshots added to the case. We'll post back once we have any updates to share.

Nearly a week and nothing yet. How long does it usually take? I know they must be pretty busy but I was just wondering.

Also, my daily data ran out yesterday and instead of buying more tokens I waited until it reset. I watched the minutes count down to zero and saw that my data was reset but instead of the full amount, still 464 MB, it started at 459 MB. Odd. 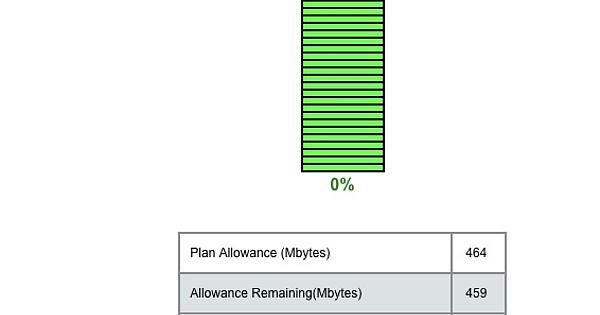 They're slowly whittling away at your data.  You're not supposed to notice!

That's just kidding, of course, but that is REALLY strange.  I'm very curious to know what's going on.  I've seen odd things happen before, but nothing like this.  I'm also wondering if it's happening to others, as well.  I don't know exactly what controls the data resets, as in if it's done inside the modem or at the source, so what could be doing it still makes me scratch my head.

Whatever the case, I hope that it's fixed soon for you.  Unfortunately, though, the reps are on M-F from approximately 8AM to 5PM EST, so you most likely won't hear anything until at least Monday.  Hopefully Liz will be able to ping the Engineers and get some type of answer for you.

Yep, they are whittling away at my data. It went down to 436MB this time after our data ran out again, then reset after 24 hours. 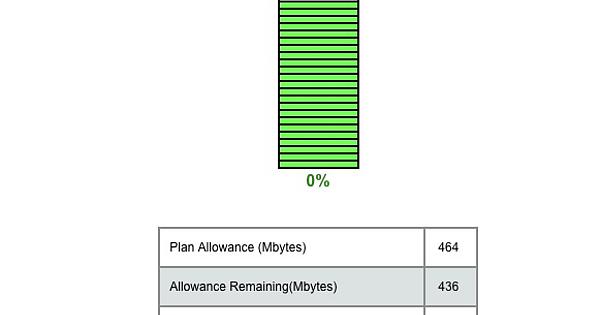