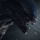 Just curious if Hughesnet will ever get unlimited data. Excede has come into my area an offers it. Speeds up to 25mbps, unlimited data for $150 per month. $100 for the first 3 months. It's expensive, but when you consider unlimited data, it's worth it when you can get no other services. I've had average service with Hughesnet, it's just to expensive for the small amount of data you get. Even the 50GB plan for around $129 is laughable to be honest. For $20  more bucks I can get unlimited. Anyways, hoping you all change your minds and jump up to the future. Thanks!

Perhaps in the future, but doubtful that it will be anytime soon.  It's not a question of what they feel like offering, it's a question of throughput.

And, as has been suggested, the grass isn't always greener, no matter how it may look from a distance.

The new standard for "unlimited"  (Exede) seems to mean they don't shut you off entirely.  HughesNet could start offering 500 GB plans with the caveat that they might start slowing things down at 10, 20, 30 50 GB based on loading. Actually no different than what is already being offered IMO.

The "unlimited" thing is very subjective and a lot misleading as far as I'm concerned. Exede can say they have an "unlimited" 150 GB plan but the speed can still be anything from 1 Mbps to the max possible speed. Nothing is guaranteed by either provider if you read the fine print.

Very true.  When it comes right down to it, Hughesnet's service is already unlimited, just not with the advertised high speed part.

Actually, technically, even the legacy plans were unlimited, though the FAP speeds were/are VERY slow.

I understand. But If I can get the same or close to the same speed I'm getting now, the larger data plan for approx. the same price is a better deal. They do have a short bonus period, 3-6am, but it's unlimited. I was curious if they'd slow the speed down to limit the amount you will get daily. But according to my neighbor, doesn't seem to be. But I'm still going to research and make sure. Like what was mentioned, the grass isn't always greener. I'm patient, and have plenty of time to research the blogs and get people's opinions. Thanks for the info!

I called HughesNet, and was told that the 25Gb plan would be plenty for my home.  For the record, I am a heavy streamer through Apple TVs and have a smart home with multiple connected devices.  I did disclose all of this information to sales.  Imagine my surprise when I blew through my allotted data in 3 days!  I would have happily paid more for more data, but the truth is Hughes does not have any data plan that is big enough for me.  I've jettisoned the streaming and have satellite TV.  Perhaps it will last a week or two now. :-/

Customer support, though nice, didn't have any tips past what I knew (to stop idle data use).  Please educate the sales team on data usages for folks like me.  You will save yourselves some unhappy customers.

I see this complaint come up a lot, and you'll have to pardon me if it strikes me a problem that could easily be avoided.

Just curious as to how "heavy streamer", a subjective amount, can possibly be interpreted by someone you don't know into a GB amount for a non-technical person to make such an assessment?

Given that, why would a customer even believe the answer? There are so many variables that's it's the salesperson's fault if they answer it at all or if they can't (and they really can't). So, if you'd have asked me the same question (and I'm not a salesperson) I'd have given you the same response, "yeah, sure, why not?"

Pardon me for saying, but I just find this such a ridiculous argument. If you had a previous service with another company (since you already know you're a 'heavy stremer'), you should already know what kind of usage you generate.

Don't ask a non-technical person who is there to sell something he can't possibly answer, and expect a valid answer.

HughesNet is 'unlimited' in the sense that if you should exceed your monthly anytime/bonus zone data that you have purchased, your internet speeds are simply reduced (aka throttled).

HughesNet customers can still access the internet without worrying about any additional 'overage' fees being added to their bill......they will simply experience a much slower 'loading' of webpages and other content.

OR they can, if they so choose to do so, buy tokens so that their internet speeds are not throttled after they have exceeded their monthly allowance.

I think the word, 'unlimited', in itself is what people/customers tend to get confused about.

For example, Verizon Wireless offer 'Unlimited' Plans.... however, the word unlimited simply means that, as a customer, instead of paying for a set amount of data each month, with excessive overage fees being charged if you exceed your allowance, you now have plans in place that offer 'unlimted' access to the internet and your billed a fixed amount each month for that usage. BUT....similar to HughesNet and other companies,  after a Verizon Wireless customer has used 22GB of data, their LTE speeds are throttled and usage is prioritized during times of network congestion.

Here are some questions and answers from Excedes own website to explain how unlimited works..

How much data usage is included in my unlimited data plan?

On an unlimited data plan, there are no limits to how much data you can use during your monthly billing cycle. However, if you use more than 150 GB of data and the network is congested, ViaSat may prioritize your data behind other customers.

Will my internet service be slower after I’ve used 150 GB of data?

When the network is not busy, nothing will happen to your service speeds. When the network is busy, ViaSat may prioritize your data behind other customers, which will result in slower speeds. Web pages and videos may respond and load more slowly than during periods of non-congestion.

It would seem to me that based on Excede's own explaination of the term 'unlimited' after you hit that 150GB mark there is a good chance your speeds will be throttled. This is no different than what HughesNet does with their 10GB, 20GB or 50GB plans.

Once you have reached your plans monthly allowance..your speeds are reduced.

Before the whole 'unlimited' craze, if you exceeded your data you were either SOL and your internet was shut off

you ended up paying an additional fee for every GB you used, up and over your plans allowance, which was quite costly in itself.

These days, regardless of what ISP you use, the majority of customers have, or can choose to have, unlimited access to the internet..the only thing impacted is the speed in which that internet content can be downloaded/uploaded and this only happens after you have exceeded your 'paid' monthly allowance.

Not to blow up your spot and it’s why I’m now counting the days my contract ends with HughesNet but excede doesn’t throttle people when they hit their data limit. **bleep** I’d pay for Hughes 50gb plan if they allowed unlimited data. I’d pay that price and keep the service but I can’t. I live in a small town and my kids game. They have to use two other systems cause you can game on Hughes. But you can watch online films Netflix or Hulu etc. 20gb today isn’t anything ESPECIALLY when you watch in 4K. I get throttling people but **bleep** I need unlimited. Maybe getting rid of net neutrality will light the fire under companies asses to spread high speed internet across America. If it doesn’t I’m gonna vote for someone to tie their asses back down cause I’m tired of people in big areas getting FIOS speed and I’m paying a ton just for 20gb and if I want to watch anything cool waiting till 2am so I can use the 50gb I have available. Watched a film in 4K last night and it took 15gb of data lol. It’s ridiculius. Keep me as customer past my contract date please. I love the service but hate the fact others are getting so much more with another competitor in my area and getting the same kind of service.
0 Kudos

First and foremost, please follow the Community Guidelines and refrain from the foul language.  This is a public website, and the guidelines are in place to keep it user friendly, both to those who utilize it, and those who read it.

Now, to the topic, Exede most certainly DOES throttle the speed of the service when one reaches their data limit.  How it's throttled and what it affects varies from plan type to plan type.

Hughes' throughput is much more restricted than land based systems, and giving unlimited high speed data isn't feasable.  Satellite internet is not made for cord cutters.

Again, if you're going to post here please have the courtesy of following the Community Guidelines.