It is not possible to play. 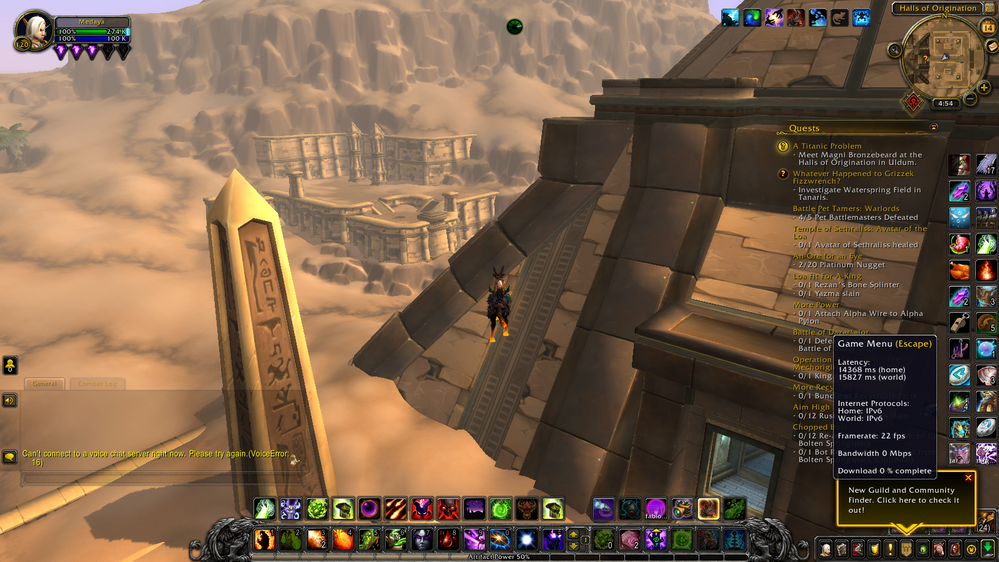 It's better in the morning/afternoon.  Evenings will kill you.

44,000ms is worse than anything I have ever gotten but I don't have the patience to click and wait 3 minutes and click etc. I have to stop paying for wow until we have a better connection.Thanks for your response. Wish you better luck than I .lol

For giggles, I did a traceroute to the servers for World of Warcraft (West), Final Fantasy XIV (Montreal), and Guild Wars 2.

I don't know if that means anything.  The servers at those particular hops may simply be rejecting test probes, though sometimes they will work.

I know GW2 can be a nightmare because you get very little time to move out of the way of a telegraphed attack.

WoW is more fogiving, but those high latency spikes make even that just hair-pulling.

Maybe FF14 is more workable.  idk. They have a lot of fights with a lot of complicated things.  On the plus side, it is heavily scripted, so if you learn the script, it is easier to anticipate and pre-move/pre-cast.