Family in the road...

Luckily, I've only seen bear when on my bike. I'm not fast enough on foot.

We also have coyote, but I've only heard them.

The only time I've ever seen a bear in the wild is one time when I was on my way back home to Manassas, VA from visiting my folks here in NY.   It was back in the late 90s and I was on Rte. 15, going up one of the foothills outside of Williamsport, I think, and I saw what I thought was a big dog.  As I got closer I realized it was black bear trying to go under the guard rail.  It finally realized it was too big and went over it instead, then just ambled across the road.  I was so tempted to stop, roll down my window and get a picture with my camera, as I had it out at the time, but I thought stopping near it probably wasn't the best idea.  It was pretty neat, though.

We have bears in this general area, though I've not heard of one sited near here in a long time.

Coyotes?  Ugh.  I've only seen them from a distance, but we have a slew of them around here.  The noise they sometimes make is really creepy.  Like women wailing or something.

That's a good description. From afar, no matter how many times I see one, I always think "wow, that's a really big dog."

"The noise they sometimes make is really creepy.  Like women wailing or something."

Send a few good ones my way for Turkey Day?

Have seen a lot of wildlife around lately, got a few videos of this little fellow and what seems to be their partner, running around causing chaos at night. 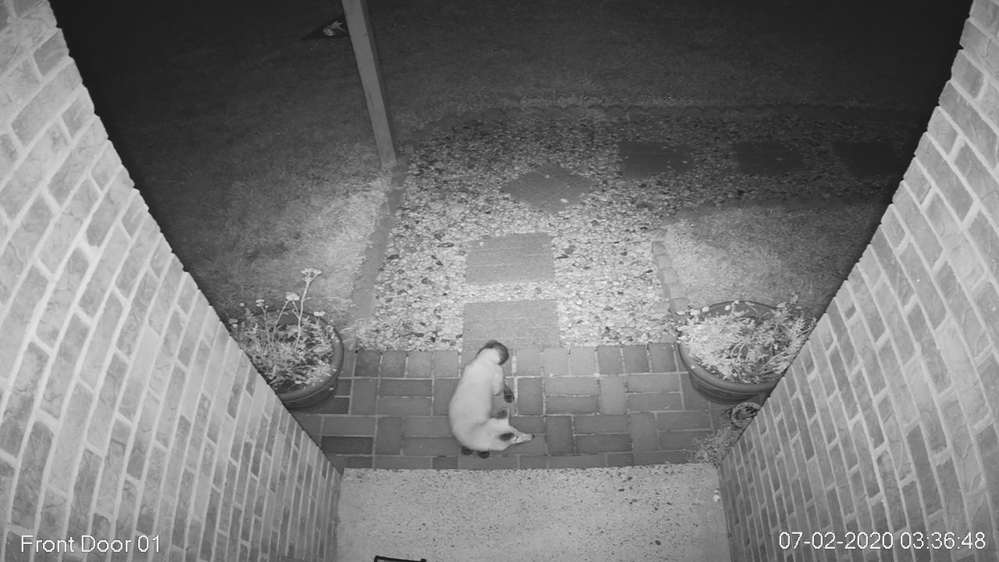 Is that a fox?

Yeup, few years ago there was a couple running around, hadn't seen any for a few years.  Then I caught that fellow one night, and the next night they managed to set every single camera outside off several times.  Apparently there was a den across the road this year, they are either youngsters that haven't moved away from mama and papa, or they are mama and papa and we will see foxes often again for a few years.