If you have a MacBook Pro that's been in heavy use for 5 years, chances are (like me) your internal battery is toast.

Li-Ion batteries tend to swell when they're beginning the death knell, and such has been the case with mine. I've actually had a spare one for an older 2008 MacBook launch off bookshelf when it swelled (read: exploded).

A good indicator of this in later models is when your trackpad no longer has enough freedom to click because the six-pad battery is puttng too much pressure between the backplate and trackpad.

So, I finally broke down and ordered a replacement battery off Amazon. It came today.

Despite the horror stories of needed a putty knife to remove the old one, I had the old one out and the new one temprorarily installed within 30'. A good lot of that time was removing the ten screws on the backplate, and two that hold the battery connector stable.

The batteries are attached to the frame with a tape adhesive. I left the cover on the tape until I've run the battery through a full cycle and see that it works as it should. Then I'll go back in and make it permanent. 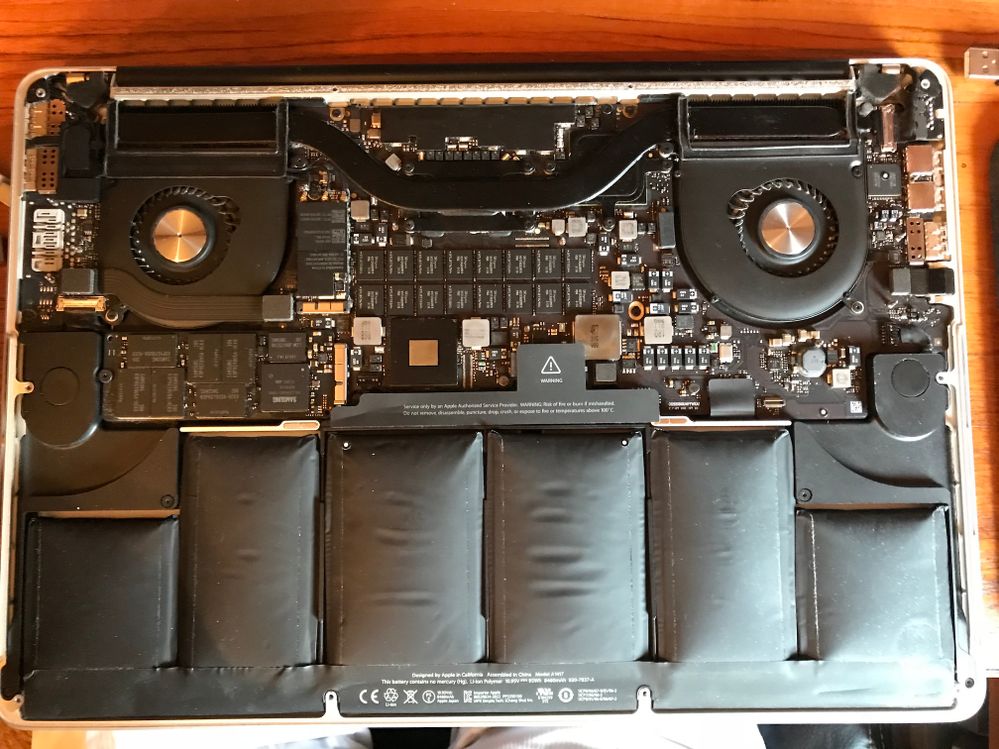 Old battery. You can see how badly it was swollen. 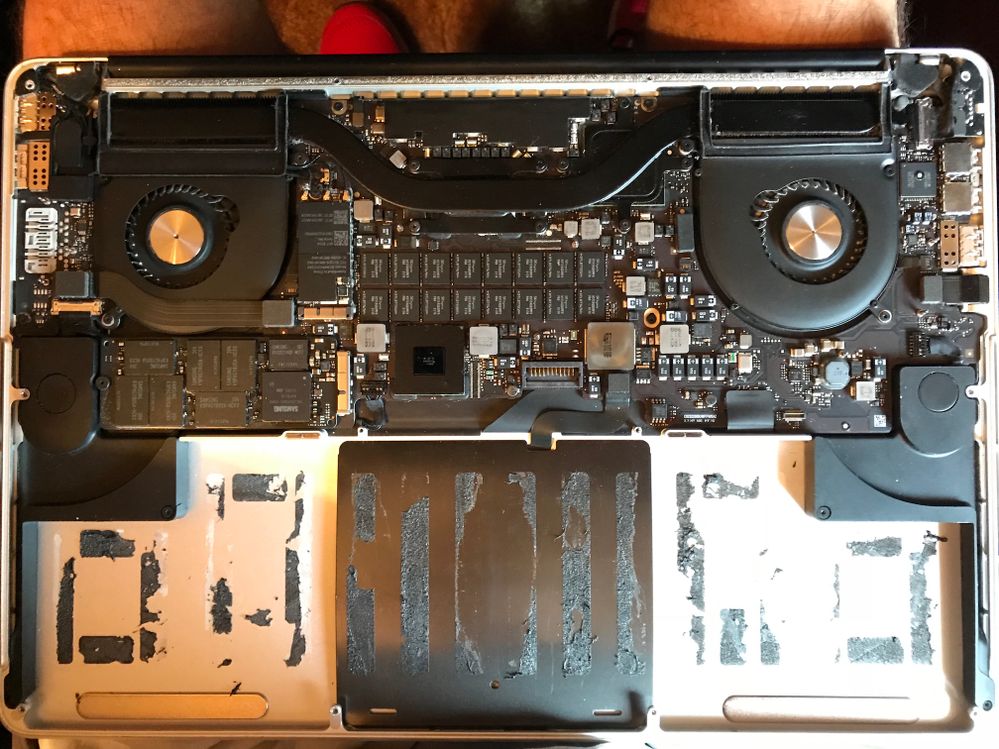 Old battery out. The trackpad is just under the center plate in a darker color. 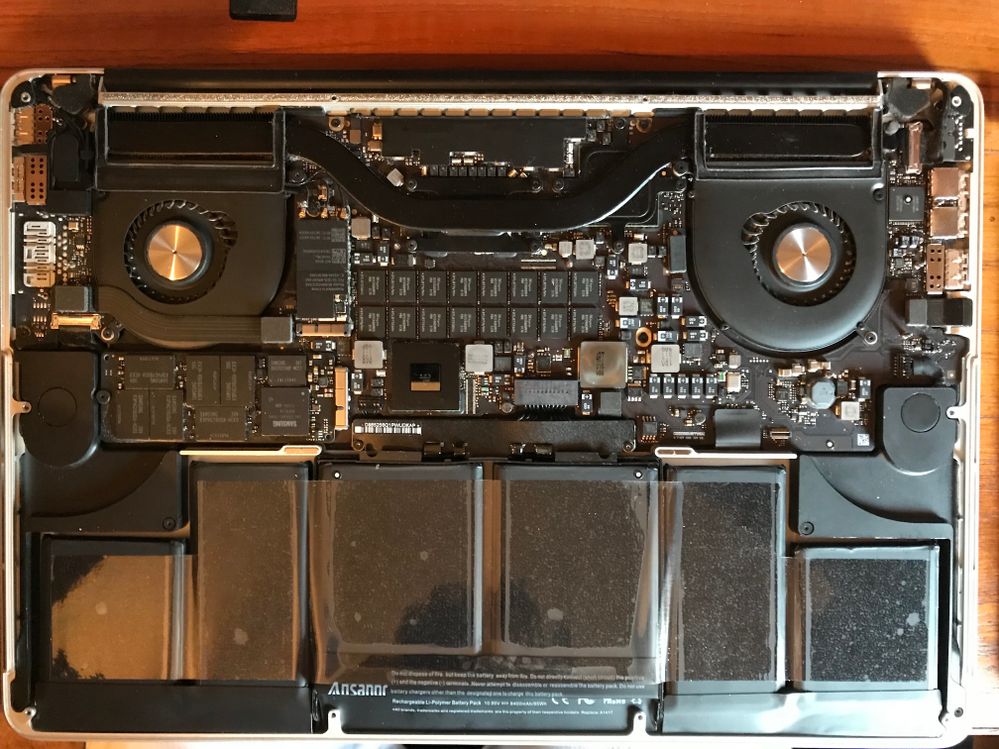 New battery installed. See how nice and flat and firm the segments are?


* Disclaimer: I am a HughesNet customer and not a HughesNet employee. All of my comments are my own and do not necessarily represent HughesNet in any way.
0 Kudos
Reply
16 REPLIES 16
Highlighted

I have a late 2010 macbook air I bought off of Craigslist about a year ago. It only had abou 375 cycles on the battery it now has 675 and the battery life seems to have shortened considerably. (maybe because of age?) I noticed you mentioned putty knives I've found a 5 in 1 painters tool  works well for opening mac mini's, I've bought alot of mac mini's at thrift stores and had to open them to replace the airport card that seems to be the thing that goes out on them.

Actually, what they recommend is a thread soaked in rubbing alcohol. It supposedly breaks down the adhesive cleanly, but that still sounds a bit messy to me.

I recently bought a Tekton kit off of Amazon that's a tinkerer's dream. Not only has the PL1.2 and T4 bits needed to uncork all the screws, but has a magnetic mat to keep them in one place when you've taken them out (and geometrically positioned to where you got them from - I like screws to go back exactly where they came from). But it also came with these two. Came in real handy here. 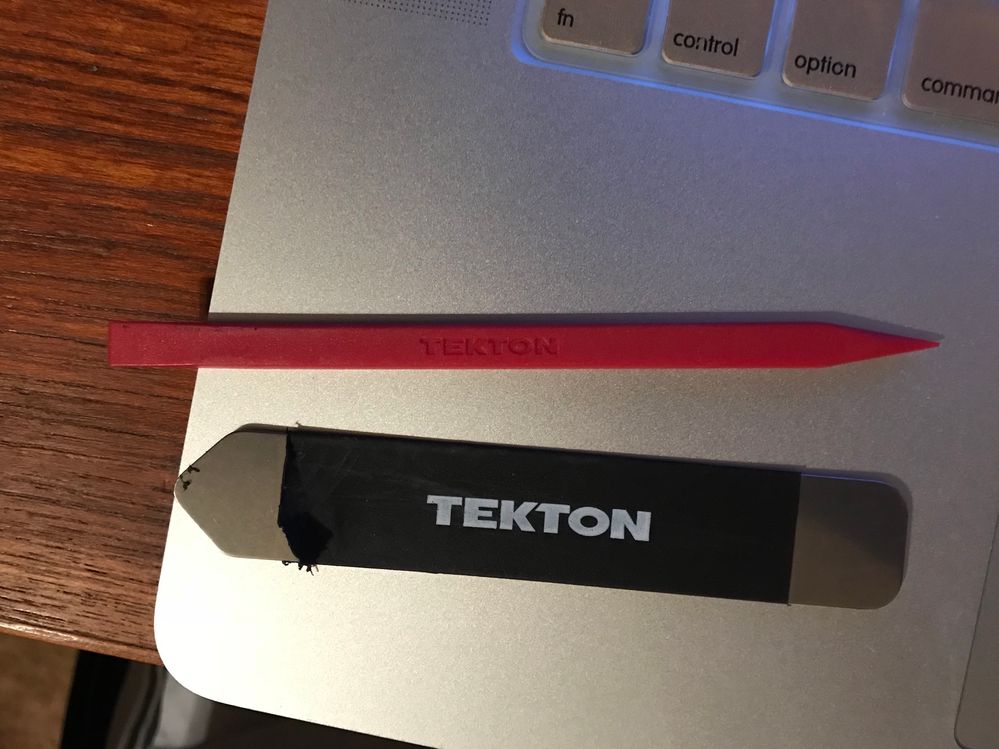 * Disclaimer: I am a HughesNet customer and not a HughesNet employee. All of my comments are my own and do not necessarily represent HughesNet in any way.
0 Kudos
Reply
Highlighted

Hopefully my wife has enough in her pay pal.

I've bought alot of mac mini's at thrift stores and had to open them to replace the airport card that seems to be the thing that goes out on them.

Do they verify that they actually work before they sell them, or are they a kind of an "as is" thing?  How much do you usually find them for?

I've always been a little leary about buying electronics from second hand places.

They're an as is kind of thing. I only buy them if they're Cheap enough to where if I brick them it's no big deal. The ones I've bought have been $ 5.00. I'm using the last mac mini I bought as a media center.

I think I'm going to take a trip to a thrift store in the city.  Heck.  That cheap?  I was figuring at least a couple hundred.

Yeah, my at the time  local Goodwill store was kind of clueless to the value. I've found buffalo air stations for $ 5.00. I can't guarantee you'll find the same deals.

We've got a Goodwill store and Salvation Army store in the town where I go shopping.  A mom and pops thrift store, too.  I may very well check them out when I next go.

Thanks for the info.

That's amazing, Mark. I didn't know the batteries swelled up like that with age.