Secondly, BirdDog was a customer, not a HughesNet employee.  He's no longer a HughesNet customer and no longer posts on this Community.

he said and I quote "This could be due to the fact that both your site location and Gateway location are experiencing heavy cloud coverage at the moment. This can interfere with the signal and our remote tools as well. "

Both, my site was good, sunny clear skies, so that variable is out of the question.

I bet if you would tell me where the Gateway is, It had clear skies too. I would bet you money. And I would check it! Instead of just saying a possible cloud cover!

When I said have a technician use "BirDog" I am talking about a tool that runs around 750 to 1200 dollars.

Instead of everyone trying to Bully me, or take up for each other, or talk down to me, why not look at the real problem, which is most likely a misaligned dish. This is why I called originally, but instead of fixing the issue they gave us more tokens, then said too bad, look t the agreement, not try to really help. But taking up for all their other coworkers whether they are correct or not, right or wrong.

AND look into the fact the sales rep and the webpages state that I was going to get around 1 to 3 MBPS after my data was out. But now I am told no that not true!

Now within minutes one of you is going to come back to give some illogical explanation for whatever, in an attempt to say the problem is something else.

I believe if Hughes net sends a knowledgable technician who is not lazy and will climb to the dish, run diagnostics or maybe use a meter like BirDog they will surely find my dish is out of alignment. 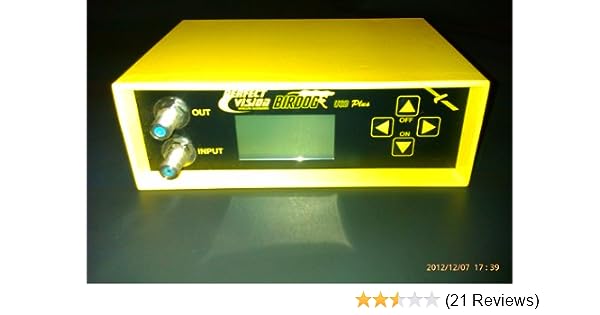 I wasn't referring to your home location, but your gateway.  I assumed my reply made that evident.  And I have no idea where your gateway is.

And I'm sure that the rep and/or tech will use whatever equipment and software is applicable.  They've been doing this for a little while, so they have what they need.

I'm not going to argue with you, nor bother to further try to help you, as you evidently already know better than everyone else.  Good luck with that, and good luck to you.

Bird dog meters do not work on Hughesnet systens for pointing a dish. Superbuddy does make one.. But they are not has acurate has or own meters.  The rep can tell from running there tests if the dish is out of alignment.. It is called a OVT. Test  And I am sure they have already run that for you.. That is why they need you to do tthese tests..

ok, they have not used a meter at my house.,

At least we are getting somewhere. Someone at least knows the correct meter to use, now if we can get a tech to my house to use the OVT, my issues would be resolved.

Oh and guess what else instead of arguing with the customer, you make the customer happy because they get the service they were promised.

Still no word on the sales call where i was told I would get 1 to 3 mbps when my data was used, you're sidestepping around that elephant in the room.

Still no word on the sales call where i was told I would get 1 to 3 mbps when my data was used, you're sidestepping around that elephant in the room.

No one is "sidestepping" any "elephant in the room."  Call reviews can take up a week to complete.

Hey Gabe, Im not trying to be irritating, but this started weeks ago.

The tech came to my house and made false statements about networking thinking I was your average consumer.

I don't know it all, but I do know security, networking, and WIFI is not secure, and me running a VPN through my internet causes no problems with my signal.

Additionally, he refused to check the antenna alignment, he did not want to climb the ladder, he did not even bring a ladder. He said all the problems were the modem/router. HE changed it out and left, I had the exact same problems after he left. I called in and have been given the run around ever since.

It's frustrating as a consumer, no one will have a tech come out, only tell me I'm getting what I should even though it's not 1 to 3 mbps, and then justifying every saying its all in the fair use docs, look at legal docs. I just want my internet fixed, which means tech is going to have to adjust the antenna but we can waste my time, your time and everyone here keeps attacking me, not resolving the problems I have.

I just want to watch tv, work, live in peace not argue with people who are paid to post on a forum, trying to make me look importunate.

I am simply reporting a tech who wouldn't do his job, a customer service agent who was rude and wouldn't do her job, and then report a salesman who gave me misleading information. I am trying to let you all know so the company can fix these training issues, so this doesn't happen to other customers.

First, I stated that your "equipment" is fully operational. This refers to the equipment such as your radio transmitter and modem, as these are some of the things diagnostics can tell us. Secondly, your signal quality score is around 98. This is about 13 points above what we consider a great signal quality. The site history profile also shows it has been this way for many months. This eliminates an alignment issue as something relevant to your specific issue.

In order to check the weather, we use an internal tool that determines this by accessing your equipment remotely, as well as AccuWeather for confirmation. Both showed heavy cloud coverage at your location and Gateway. This is why I mentioned it. Your gateway is in San Diego, CA. While this location is usually sunny, it has not been for the past few days and looks like it will continue for a few more. This does not always cause an issue but because the speed tests for your account are not working remotely and there are no apparent equipment issues, it is extremely likely the cloud coverage is the cause for our time outs.

As it stands right now, we have zero proof of your issue without the speed tests requested. I cannot launch an investigation without proof and documentation of your issue, especially if the reason for the sales call review is related to the amount of throttled speed you should be receiving. If you were misinformed about something else, not related to this at all, I could launch the investigation right away. This usually takes a full business week to complete. If this is the case, please provide a detailed explanation of something else you were misinformed on. If you are still planning to provide the speed test results that have been requested, I will be awaiting your results tomorrow and the original procedure will be followed as stated.

"I cannot launch an investigation without proof and documentation of your issue, especially if the reason for the sales call review is related to the amount of throttled speed you should be receiving. "

so the fact that I was told I should receive 1 to 3 mbps after my data was used up is not an issue that is relevant?

That statement is why I purchased Hughes net.

Am i reading you correctly?

"I cannot launch an investigation without proof and documentation of your issue, especially if the reason for the sales call review is related to the amount of throttled speed you should be receiving. "

so the fact that I was told I should receive 1 to 3 mbps after my data was used up is not an issue that is relevant?

He needs speed test results to show that you aren't getting what you were told you would.

I understand you're frustrated, but you're making this much harder than it needs to be.  In the very first reply to your issue on your first thread I stated that they will need speed test results to move forward, and I gave the link to the instructions for those tests.  That hasn't changed.