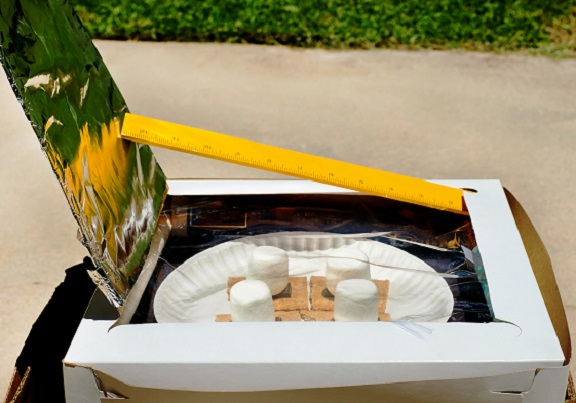 Want a fun and educational summer activity for your children of all ages? We have the perfect one, brought to you by HughesNet and 4-H, America’s largest youth development organization. Click here to learn how to (safely) cook a delicious summer s’more using only the sun’s energy and a cardboard box. Be sure to share your s’more creations in the replies below!

Recognizing the critical role STEM plays in driving innovation, HughesNet aims to inspire and educate the next generation of STEM students and leaders. Over the last eight years, HughesNet has supported numerous 4-H STEM events, scholarships, and contests. This includes working with 4-H to conceptualize, help develop, and sponsor 4-H STEM Lab, a free platform of interactive STEM-focused activities for young people, available to anyone with Internet access. Making Solar Oven S’mores is just one of the many activities available through this online educational resource. We hope you check it out, and we’ll be sharing more activities with you throughout the year.

I can't eat s'mores, sadly, but that looks fun! I hope folks will post pictures.

I can't remember the last time I had s'mores.  Probably more than 30 years ago.  Then again, I haven't been camping since I was a kid, and I'm not much of a backyard fire pit person.

Talk about slow cookin' am I right?

Jokes aside, I'd absolutely do this if I weren't afraid my neighborhood squirrels would make off with my s'mores. They're the brave kind that will snatch something right out of your hand.

MarkJFine
Professor
In response to Amanda

Squirrel, rabbit, deer, fox, bear, or coyote. Take your pick, and those are just the mammals. The ants are just horrendous this year.

The ants are just horrendous this year.

No kidding!  So far I've had to get rid of two nests down in the cracks of the concrete of my old porch, and for about the last two months I've been finding them in my house.  Not a lot in the house, thankfully, but enough that it's a bit annoying.

One of our biggest problems here is brown marmorated stink bugs.  I couldn't figure out how they were getting in last fall until I took my window AC out for the winter.  They were nesting inside of it.  Literally hundreds up in the control and wiring spaces.  They still get in, but at least now not as much and not from the AC.  Thankfully they're harmless, at least to people, so I just pick them up and put them outside.

At least the Asian Lady Beetles have calmed down.  Those things bite!

Oh. My. Goodness, I've been in a heated battle with ants lately. Can I refashion the solar oven into a death ray for ants?

Just put some honey in it, and then sit back and pet your pet puma. 😄 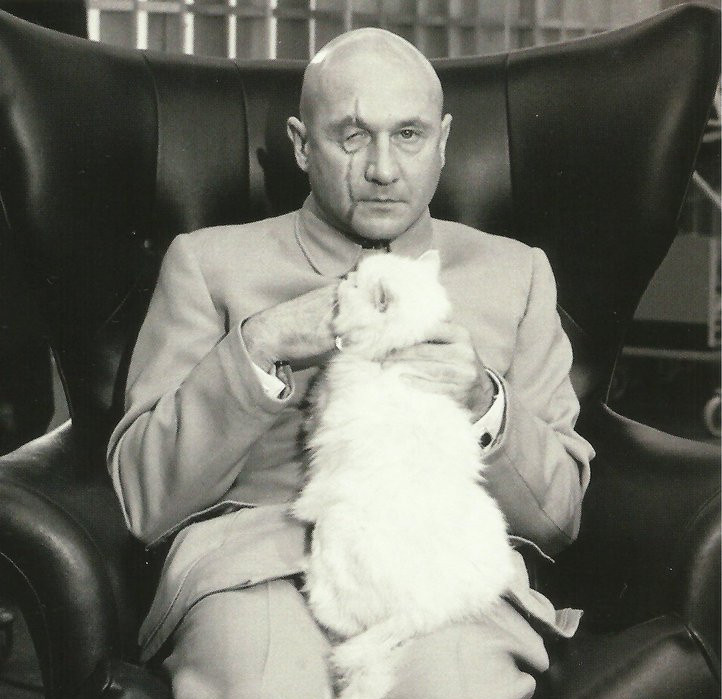 MarkJFine
Professor
In response to Liz

We'd been getting these massive black ones in hordes. I ended up moving all the furniture into the center of the room, spraying Raid Max Ant & Roach around the circumference of the room. Worked like a charm and haven't seen them since.

Just noticed them this week doing a virtual Jan 6th on my driveway and front porch... did the same but in the exterior and not a one crossed the line alive.

They're biding their time. They will send a massive ant to punish you. You just wait and see. 😉 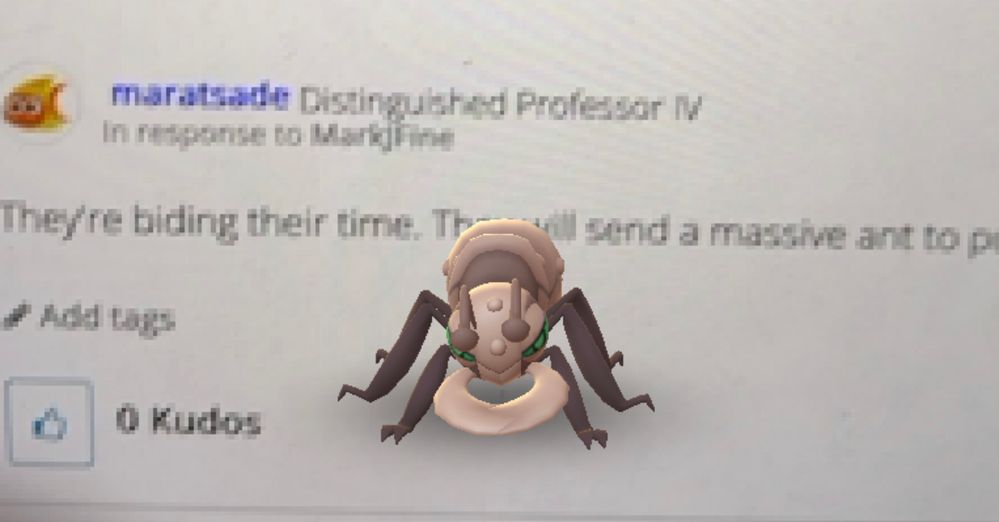 LOL. That's the one!