My internet was set up two months ago

Beginning was as slow as it is now.

I was sold and told

I was then told my internet is slow because it is winter where I live.

Now the weather is fine and they have confirmed the satilite is receiving a full signal.

I spoke with 4 different tech support agents on the phone no one could help.

I spoke with 2 people that said they were managers that sounded like they were in a bar they said they did "different' tests and to call back in a couple days if it didn't solve my issues.

I called back talked to multiple tech support agents again that did the same things and that I had to tell them what was going on again and again and again.

They then sent a tech to my business.

They replaced every single piece of hardware and nothing worked to fix it.

The tech was here in person and got the exact same problem.

Hey called tech support once again for me and was on the phone with them for an hour.

They said no one has ever seen this and to wait two hours.

I then called after I waited a whole 6 hours.

Then he said I needed to go back to tech support AGAIN.

I talked to three more people after that and was told now I need to wait two days again.

Ive been lied to hung up on and transferred at least 30 times and everyone acts like they have no idea whats going on and pretends theres nothing they can do to help or that they don't know anyone that can help.

THIS IS FRAUD. FBI AND BETTER BUSINESS BUREAU WILL NOT STOP RECEIVING PROOF OF FRAUD UNTIL MY INTERNET IS DISCONNECTED AND MY ACCOUNT IS DELETED

I am a reasonable person and signed up for internet around 40mbps I am getting 0.02 thats 99.98% slower than the customer average.

I am available anytime of the day or night.

This is illegal. I signed a contract for a service that I am not receiving. You are going against the contract not me.

Yeah, I thought you probably would've called the toll-free number already.  Sadly, the reps on this site have limited capabilities when it comes to business accounts; otherwise they might have been able to help.  According to the subscriber agreement for business accounts, dispute resolution is via binding arbitration. The document explains the procedure to follow.

I have done this.

Of course I have already done this. I need help. Dont say im not allowed here. Its the same thing.

I edited my post because I needed to add information. I didn't delete anything.  Also, I never said you were not allowed here; I said that the reps here have little access to business accounts and that this community is for residential account holders. Your best bet, since you have a grievance with the company, is to follow the grievance procedure listed in the subscriber agreement.

While the reps here have been able to help business account holders with generally basic, non account specific things from time to time, this is assuredly not one of them.  I would read through the Subscriber Agreement for Business Plans, which you can find here, and then follow the procedure laid out in that agreement.  I really do feel for you, as it sounds like your service is all but unusable, but you're going to have to deal with the business account department for this issue.

ktautomotive
Freshman
In response to GabeU

The business department is not helping so I am doing whatever I can possible to gain some attention from someone that can do anything about my service agreement.

I have followed the subscriber agreement. It says I cant get out of the agreement unless you guys have done everything in your power to fix it. That has been exhausted.

Luc77
Freshman
In response to maratsade

The representatives on this site may have some advice to you. They are here during business hours M-F. 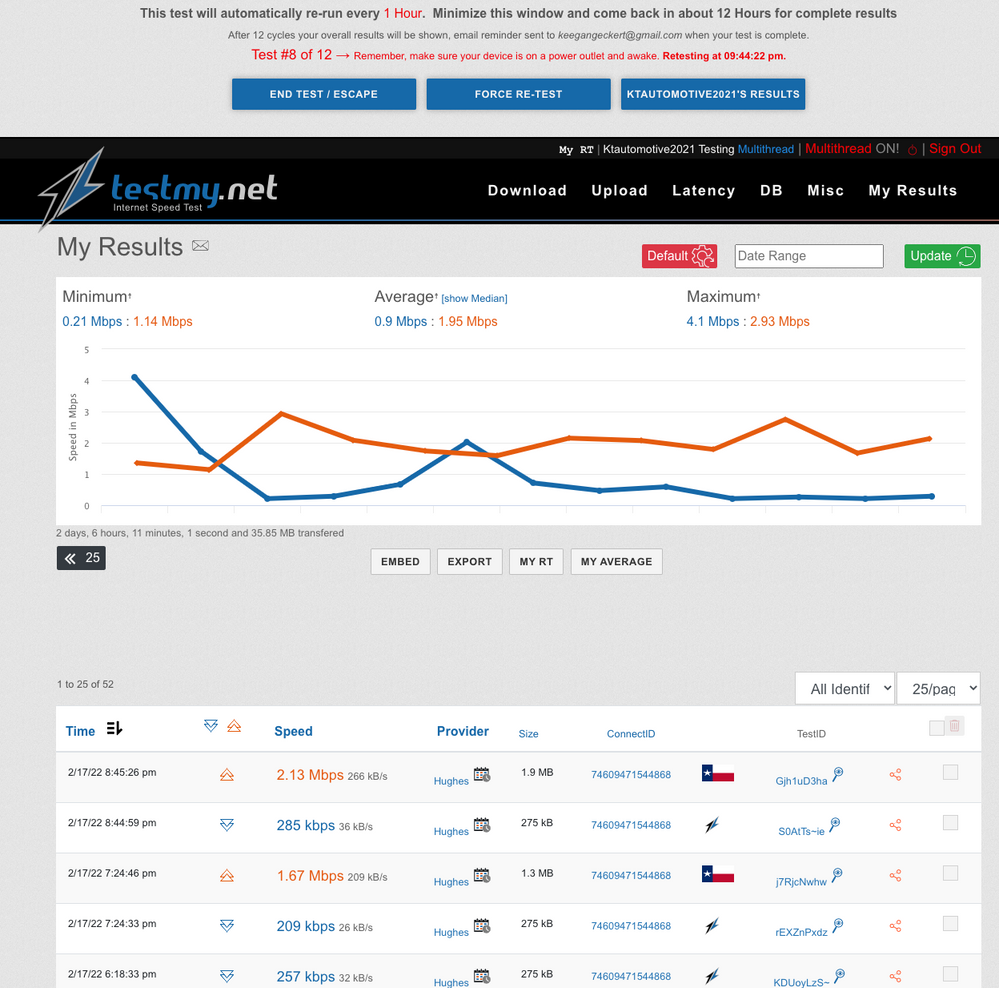 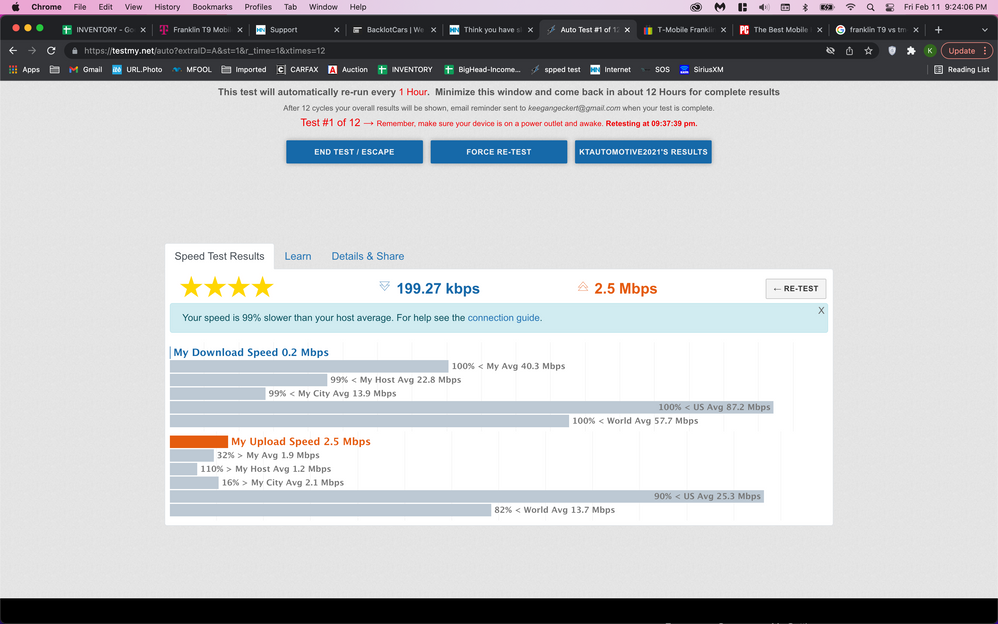 We are fellow subscribers. This site is a peer to peer support site, just like other support sites for ISPs and other companies. The reps have the word "Moderator" after their names.

Oh okay! Well thanks for the info I thought you were reps and I was extra confused. Yeah Ive had to run over 50 tests in the past week. Half multithread on and half off.

Tech was here for half the day (today) replacing all equipment and troubleshooting with tech support and they could do nothing to help it with just one device the techs device at that connected.

It takes 2 and a half minutes to load siriusXM page fully. I have one bar of LTE on an old iphone that I can connect two laptops to and it will load in just under 3 seconds.

they say I need to go back to tech support for more testing. So this loop I have begged many different people to stop putting me on

So hopefully someone sees this and gets it to the right person.

Remy
Moderator
In response to ktautomotive

Thanks for posting and welcome to the community! As previously stated, we aren't able to do much ourselves in regards to business accounts, but I can definitely get you connected with someone who can resolve this for us! I was, however, unable to find the SME account attached to your community profile. Please send a PM to this link with your account number or a phone number tied to the account, so we can take a deeper look into this!

Wow, that's just nuts. I hope the reps here can do something for you, even if it's just connecting to the right person so you can get these issues addressed. Best of luck to you!

This is the URL the reps need for your speed tests:  https://testmy.net/quickstats/ktautomotive2021
You should use the required file sizes to test: 25MB for download tests and 4MB for upload tests.

For more information on running these tests, check this page: https://support.hughesnet.com/en/faq/internet/how-check-your-speed-performance

This false info was given to me as well, my service is crappy and billing is wrong too I am putting a complaint with the railroad commission

in As well as Better B B . his company needs to be put out of business. They are cheating on ppl. living in the country side. Not even allowed to use their initials